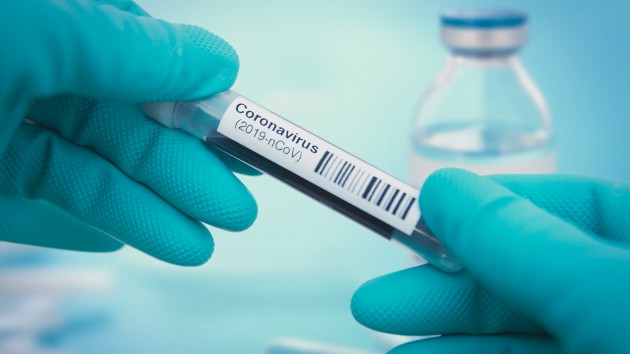 narvikk/iStock(NEW YORK) — A pandemic of the novel coronavirus has now killed more than 22,000 people around the world, including at least 1,046 people in the United States. Worldwide, there are more than 487,000 diagnosed cases of COVID-19, spanning every continent except Antarctica, according to data compiled by the Center for Systems Science and Engineering at Johns Hopkins University. At least 117,000 people around the world have recovered. With more than 69,000 diagnosed cases, the U.S has the third-highest national total behind Italy and China. Here’s how the news is developing Thursday. All times Eastern:

9:06 a.m.: Spain’s death toll climbs over 4,000 Spain’s death toll from the coronavirus has now climbed to 4,089 after another 655 deaths were reported in the last 24 hours, according to Spain’s Health Ministry. Spain now has the second-highest number of deaths, following Italy. The nation has 56,188 diagnosed cases, including 3,679 people who are in the intensive care unit, according to Spain’s Health Ministry. Spain is fourth in the number of diagnosed cases, behind China, Italy and the U.S.

8:42 a.m.: Member of NYC hospital nursing staff dies from coronavirusA member of the nursing staff at New York City’s Mount Sinai Health System has died from the coronavirus, according to the hospital. “We are deeply saddened by the passing of a beloved member of our nursing staff,” Mount Sinai said in a statement. “Today, we lost another hero – a compassionate colleague, friend and selfless caregiver.”

We are deeply saddened by the passing of a beloved member of our nursing staff. Today, we lost another hero – a compassionate colleague, friend and selfless caregiver. pic.twitter.com/mn9JethD1x

7:40 a.m.: Prince Charles still working in self-isolation, royal source saysCharles, Prince of Wales, is working at his desk as usual while self-isolating at his estate in Scotland, a royal source told ABC News.The source said Charles has received hundreds of get well soon wishes sent to his official royal residence in London, Clarence House.A Clarence House spokesman confirmed in a statement Wednesday that Charles had tested positive for the novel coronavirus and “has been displaying mild symptoms but otherwise remains in good health.”His wife, Camilla, the Duchess of Cornwall, has tested negative for the virus, according to the spokesman. The couple is currently self-isolating at Birkhall, their private residence in Scotland.Charles, 71, is the first child of Queen Elizabeth II and Prince Philip, Duke of Edinburgh. He is the heir apparent to the British throne.

6:32 a.m.: Russia grounds all international flights over coronavirusThe Russian government has ordered the grounding of all international flights as part of new measures against the coronavirus pandemic.Russia’s civil aviation agency Rosaviatsiya will halt “regular and charter air flights from Russian airports to and from foreign countries,” with the exception of flights evacuating Russian citizens from abroad, according to the decree published Thursday on the government’s website.The new travel restriction comes into force at midnight on Friday.As of Thursday, there were 840 diagnosed cases of the novel coronavirus in Russia, according to the latest tally from Johns Hopkins University.