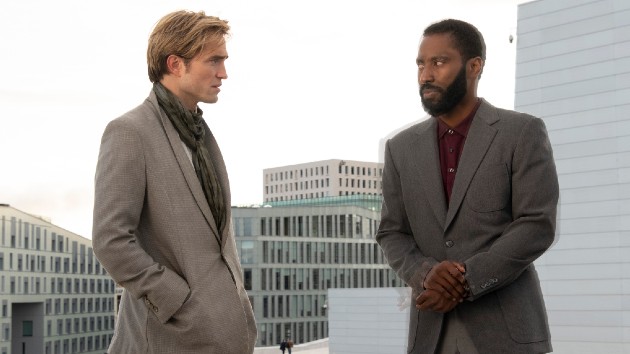 Melinda Sue Gordon/©2020 Warner Bros. Entertainment, Inc. All Rights Reserved.(LOS ANGELES) — The trailer to director Christopher Nolan’s mind-and-time-bending thriller Tenet shows glimpses of a huge action scene that centers on the detonation of a 747 passenger plane in a hangar.

But in this day and age of computer wizardry, Nolan went old school: he actually blew up the real thing. It was more “efficient” that way, he explains to Total Film.

“I planned to do it using miniatures and set-piece builds and a combination of visual effects and all the rest,” the filmmaker says. But then while scouting locations in Victorville, California, his team came upon an aviation ‘boneyard’ — that is, a collection of mothballed aircraft.Says Nolan, “We started to run the numbers [and] it became apparent that it would actually be more efficient to buy a real plane of the real size, and perform this sequence for real in-camera, rather than build miniatures or go the CG route.”

He adds with a laugh, “It’s a strange thing to talk about — a kind of impulse buying, I suppose.”

The scene’s massive scale left an impression on co-star Robert Pattinson, whose character, for reasons as yet unknown in the super-secret film, plots the plane’s demise with John David Washington’s character.

“You wouldn’t have thought there was any reality where you would be doing a scene where they just have an actual 747 to blow up! It’s so bold to the point of ridiculousness,” Pattinson recalls. “I remember, as we were shooting it, I was thinking, ‘How many more times is this even going to be happening in a film at all?'”

Tenet is slated for a July 17 theatrical debut.