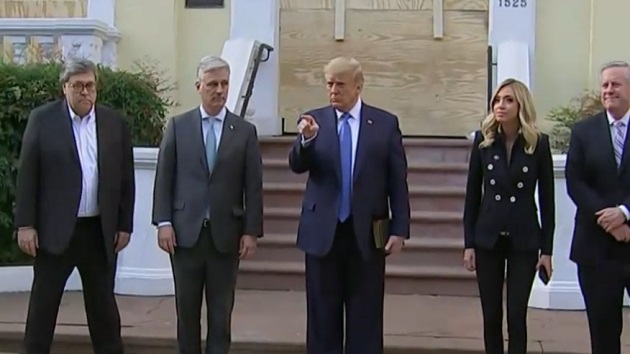 ABC News(WASHINGTON) — BY: BEN GITTLESON and JORDYN PHELPSPresident Donald Trump on Wednesday denied he had ordered peaceful protesters forcibly moved so he could visit a church near the White House earlier this week, amid harsh criticism for the crackdown.”When I said, ‘Go to the church,’ I didn’t know protesters or not,” Trump said “Nobody tells me that. They say, ‘Yes sir, we’ll go to the church.'”Law enforcement on Monday used chemical irritants and smoke canisters to clear peaceful protesters from Lafayette Park, just north of the White House, immediately before Trump briefly walked to the church to pose with a Bible in front of it and took photographs with his aides.“When I went, I didn’t say, ‘Oh, move them out’—I didn’t know who was there,” Trump said in an interview with Fox News Radio. “I figured I was going to walk over to the church, very nearby.””We walked over to the church,” he said. “It was very fast. I think it was very symbolic. I did hold up a Bible. I think that’s a good thing, not a bad thing.”Church officials roundly blasted Trump, with the Right Rev. Mariann Budde, the Episcopal bishop of Washington who oversees the church, telling “Good Morning America” it was “as if it were spiritual validation and justification for a message that is antithetical to the teachings of Jesus and to the God of justice.”Trump dismissed the criticism, saying it was “only the other side that didn’t like” his visit.“The church leaders loved that I went there with a Bible,” he said.White House press secretary Kayleigh McEnany on Wednesday defended the officers as acting in self-defense and said “they used the minimal force that they could to ensure that that situation was safe, to ensure St. John’s church would not burn a second night in a row.”The U.S. Park Police said in a statement Tuesday that the protesters threw “projectiles including bricks, frozen water bottles and caustic liquids,” although reporters at the scene said the demonstration had remained peaceful.“When an officer is at risk, they have the right to defend themselves,” McEnany said. “They did so peaceably.”She compared Trump’s photo op to British Prime Minister Winston Churchill surveying the bombing damage to London during World War II, as well as to former President George W. Bush throwing out the first pitch at a baseball game after the Sept. 11 terrorist attack.”Through all of time, we’ve seen presidents and leaders across the world who have had leadership moments and very powerful symbols that were important for a nation to see at any given time to show a message of resilience and determination, like Churchill,” McEnany said. “It sent a powerful message of leadership to the British people.”In the Fox News interview, Trump also downplayed being brought to an underground bunker during protests outside the White House Friday, when the building was briefly put on lockdown.On Friday evening, Trump was moved to the bunker to shelter in place for a brief period of time, multiple senior sources familiar with the matter told ABC News.The president denied he had gone down because of the protests, but rather to conduct an “inspection” of the bunker.”They said it would be a good time to go down and take a look, because maybe you’ll need it,” he said.He went for a “tiny, short period” of time, he said.The U.S. Secret Service declined to comment on Trump’s description of events, as did McEnany. 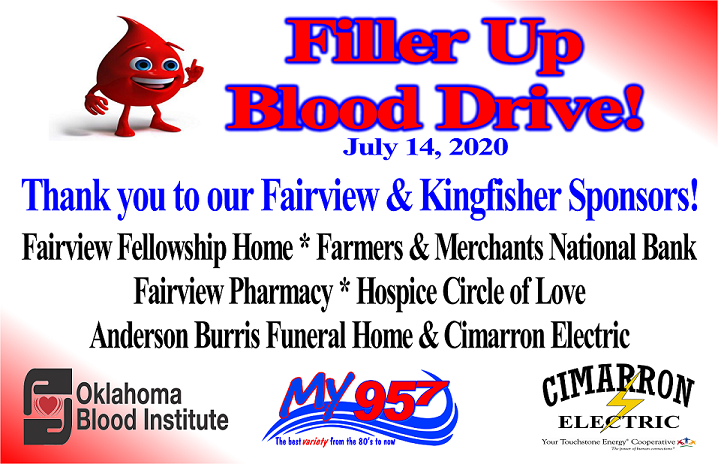