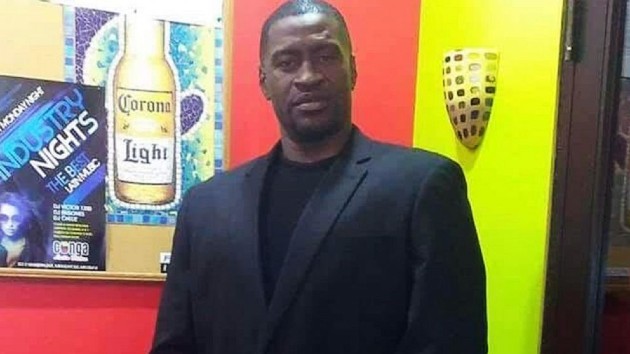 Courtesy Ben Crump LawBy ELLA TORRES, ABC News(HOUSTON) — A public viewing will be held for George Floyd, a black man who died in police custody, on Monday in Houston, Texas.The viewing will take place from 12 p.m. to 6 p.m. local time at Fountain of Praise church, where Floyd’s family will gather on Tuesday for a private funeral. Democratic presidential candidate and former Vice President Joe Biden will meet with the Floyd family in Houston Monday ahead of the funeral, an aide to Biden confirmed to ABC News.The viewing is one of a handful of memorials to honor Floyd after his death. There have also been widespread protests in the wake of Floyd’s justice calling for an end to police brutality.The protests are the broadest in U.S. history and are spreading to white, small-town America, according to preliminary data from The Washington Post.

Four former officers have been charged in Floyd’s death. Derek Chauvin, the former Minneapolis officer who kept his knee on Floyd’s neck for nearly nine minutes as he called out “I can’t breathe,” has been charged with second-degree murder and manslaughter. Kiernan Lane, Alexander Kueng and Tou Thao, who were seen either restraining Floyd or standing as he was being restrained, were all charged with second-degree aiding and abetting felony murder and second-degree aiding and abetting manslaughter.A public viewing took place Saturday, as well, with hundreds turning up to pay their respects to Floyd in North Carolina, where he was born. Floyd had previously lived in Houston, Texas. Copyright © 2020, ABC Audio. All rights reserved.