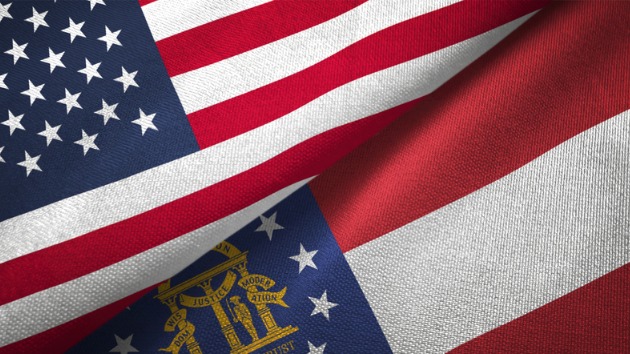 (ATLANTA) — Based upon the analysis of the vote, ABC News projects former Vice President Joe Biden will win the Democratic primary in Georgia.In the Peach State, Democrats have 105 delegates and Republicans have 76 delegates at stake.State SignificanceThe Peach State is known as one of the original Super Tuesday states, but this year Georgia votes with a slew of other states that delayed their primary elections due to the coronavirus.The 2020 primary was also the first test for the state’s new electronic voting system, following a series of complications and malfunctions with voting machines during Georgia’s 2018 gubernatorial election between Georgia Gov. Brian Kemp and Democratic candidate Stacey Abrams. Following the announcement of the new voting system, Georgia Secretary of State Brad Raffensperger wrote that election security was his “top priority,” stressing his continued investment in all “aspects of physical and cybersecurity.”In 2016, former Secretary of State Hillary Clinton overwhelmingly defeated Vermont Sen. Bernie Sanders, 71.3% to 28.2%.On the Republican side, then-candidate President Donald Trump won 39% of the vote, defeating Texas Sen. Ted Cruz and Florida Sen. Marco Rubio, who each earned 24% of the vote.Copyright © 2020, ABC Audio. All rights reserved.