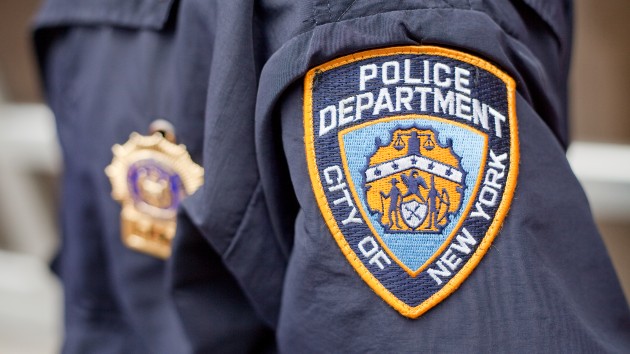 tillsonburg/iStockBy JON HAWORTH, ABC News (NEW YORK) — Two men who posed as New York Police Department officers and robbed a New York City jewelry store in a brazen daytime heist have been arrested.The incident occurred on the afternoon of June 6 when two men, 59-year-old Ismael Igartua from Queens and 59-year-old Jose Rodriguez from the Bronx, allegedly entered a jewelry store on the Upper East Side of Manhattan in New York City dressed as NYPD officers and identified themselves as cops to the owner of the store.“Igartua and Rodriguez asked for permission to enter the jewelry store and requested to examine the store owner’s properly permitted firearm, claiming that, due to the recent looting of commercial establishments in New York, firearms were at risk of being stolen,” according to a statement released by the U.S. Attorney’s Office of the Southern District of New York.The jewelry store owner proceeded to hand over his firearm for the alleged inspection when the suspects, who were armed with two firearms of their own, reportedly restrained and tied up the store owner, and subsequently stole his firearm along with a number of pieces of jewelry valued at a total of over $150,000.Igartua and Rodriguez were apprehended a short time later in a subway station several blocks from the location of the heist.U.S. Attorney Geoffrey S. Berman stated: “As alleged, the defendants participated in a brazen daytime robbery, in which a victim was threatened at gunpoint and tied up. The defendants’ alleged scheme – impersonating NYPD officers and asking to check the victim’s firearm due to recent incidents of looting – took advantage of uncertain conditions in our community, preying on the fears of a small business owner and his trust in law enforcement. This alleged criminal conduct is intolerable, and thanks to the work of the NYPD and the FBI, the defendants face significant federal charges for their alleged crimes.”Igartua and Rodriguez were each charged with one count of robbery conspiracy, which carries a maximum sentence of 20 years in prison; one count of robbery, which carries a maximum sentence of 20 years in prison; one count of brandishing a firearm, which carries a maximum sentence of life in prison; and one count of being a felon in possession of a firearm, which carries a maximum sentence of 10 years in prison.Said NYPD Commissioner Dermot Shea: “Posing as police officers to prey on a city business during an international pandemic, as alleged, is dangerous to civilians and law enforcement officers. Arrests like these highlight the indispensable work of our NYPD detectives, and federal partners, in ensuring justice for New Yorkers.”Copyright © 2020, ABC Audio. All rights reserved.

Protesters hit by vehicles at Breonna Taylor demonstrations in Buffalo, Denver
Breonna Taylor protests in Louisville: Two officers shot will recover, over 100 demonstrators arrested
Mary Trump alleges in lawsuit her family ‘fleeced’ her out of millions of dollars
Illinois Facebook users tagged in photos can now submit claims as part of $650 million settlement
Hypocrisy now a bipartisan argument in Supreme Court confirmation debate
Airlines under scrutiny over mask policies as parents with toddlers get kicked off flights