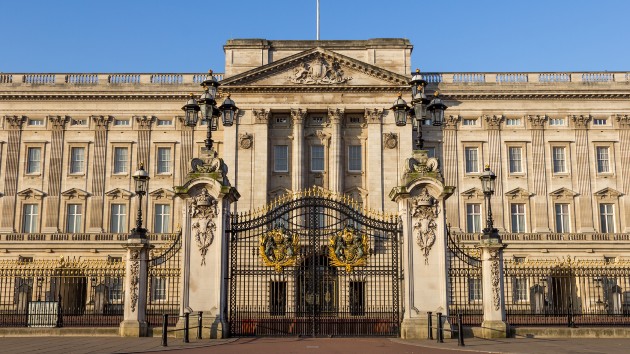 (LONDON) — Prince Philip turns 99 on Wednesday.To celebrate his birthday, Buckingham Palace released a new photo of Philip posing with his wife, Queen Elizabeth II.The photo was taken on June 1 in the quadrangle at Windsor Castle, according to Buckingham Palace.The queen is wearing an Angela Kelly dress with the Cullinan V diamond brooch, while Philip is wearing a Household Division tie, according to the palace.

📸 This new photograph of The Duke of Edinburgh and The Queen was taken last week in the quadrangle at Windsor Castle to mark His Royal Highness’s 99th birthday tomorrow. pic.twitter.com/RCAZeioUjq

Philip and Queen Elizabeth, 94, have been staying at Windsor Castle since March, arriving earlier than usual due to the coronavirus pandemic.ABC News understands the prince will be celebrating privately with Queen Elizabeth.Prince Philip, who wed then-Princess Elizabeth in 1947, retired from official royal duties in 2017.He had at that time completed 22,220 solo engagements since 1952, given 5,496 speeches in his travels to more than 76 countries, authored 14 books, served as patron to 785 organizations and made 637 solo overseas visits, according to Buckingham Palace.The Duke of Edinburgh was hospitalized in London in December last year for “observation and treatment in relation to a pre-existing condition,” the palace said at the time. He was released from the hospital on Christmas Eve.Copyright © 2020, ABC Audio. All rights reserved.