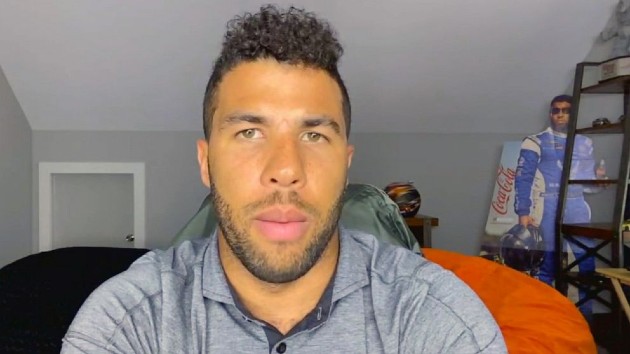 ABC NewsBy KELLY MCCARTHY and MORGAN WINSOR, ABC News(NEW YORK) — American race car driver Darrell “Bubba” Wallace Jr. said he’s “really proud” of NASCAR for “stepping up” and banning the Confederate flag from all its events. “I think this is the most crucial time,” Wallace, 26, said in an interview on ABC News’ Good Morning America Thursday. “Time is of the essence right now in the world that we’re in, in the nation that we’re in, to create change and create unity and come together and really try to be more inclusive.” Wallace, the only black driver in the Cup Series, NASCAR’s highest level, has been outspoken on racial issues in the sport and said he feels “very gracious” to have the support of fellow drivers who “are willing to stand up for what’s right.”NASCAR announced the ban on Wednesday night, just one day after Wallace called for action from the racing league to officially remove the Confederate flag, which has a long history of being flown at races on camper trailers, RVs, coolers and even seen on hats of fans since the sport’s inception.”That’s a symbol of hate and it brings back so many bad memories,” Wallace said. “There’s no good that comes with that flag, and that’s the message we’re trying to get across.”The move comes amid nationwide protests against racism and police brutality in the wake of the death of George Floyd, a 46-year-old unarmed black man who died in Minneapolis police custody on May 25.Wallace wore a “Black Lives Matter” shirt and his No. 43 car was emblazoned with a #BlackLivesMatter hashtag at Wednesday night’s race at Martinsville Speedway in Ridgeway, Virginia. “Last night was really special,” he said. “I sincerely thought that was the biggest race of my career just with everything going on in the world and how we were standing up.”The flag, also known as “stars and bars,” was used by the Confederacy after seceding from the Union in 1861 — prompting the American Civil War — in a bid to uphold slavery. Most arguments defending the flag, whether it be at sporting events or in state Capitols, have centered on it being about Southern pride and heritage as opposed to its Civil War ancestry. NASCAR and all of its teams are headquartered in North Carolina. While the sport has spread to race tracks across the country, it has always held close ties to the South. Some NASCAR fans have taken to social media to voice their anger over the ban, saying they will no longer attend races. Wallace said his message to them is: “It’s not about you.” “This is about our brothers and sisters that are suffering,” he added. “It’s about a group of people that we are trying to bring together and make this world a better place for.”