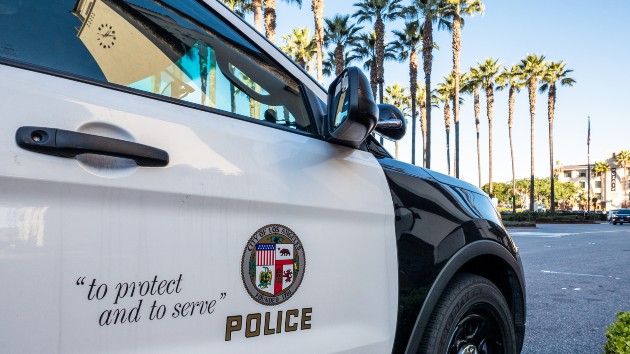 georgeclerk/iStockBy ELLA TORRES, ABC News(LOS ANGELES) — The Los Angeles Police Department is investigating 58 instances of officer misconduct during protests over George Floyd’s death and police brutality, according to the mayor. Seven officers have so far been assigned to non-field duties pending the outcome of the investigation, Mayor Eric Garcetti said at a press conference. In a statement, police said the investigations related to “allegations of misconduct, violations of department policy, and excessive force during the recent civil unrest.””We will look into every complaint thoroughly and hold every officer accountable for their actions,” the statement said.Police said 56 complaint investigations had been opened and 28 of those involved alleged uses of force. It was not immediately clear why there was a discrepancy in the the number of investigations.Anyone who believes they were wrongfully accused of a crime, unjustly injured, or experienced misconduct at the hands of an officer can make a complaint with the Department’s Internal Affairs Group hotline at 1-800-339-6868, police said. For complaints specifically related to the protests, individuals can email ProtestResponse2020@lapd.online or make a complaint through the Office of the Inspector General at 213-893-6400 or oigcompl@lapd.online.Protests over Floyd’s death erupted across the country and world. Floyd, a black man, died on May 25 after a white officer, Derek Chauvin, kept his knee on Floyd’s neck for nearly nine minutes, causing Floyd to cry out, “I can’t breathe.” Chauvin has been charged with second-degree murder and second-degree manslaughter. He has not entered a plea and is being held on $1.25 million bail in state prison.Copyright © 2020, ABC Audio. All rights reserved.