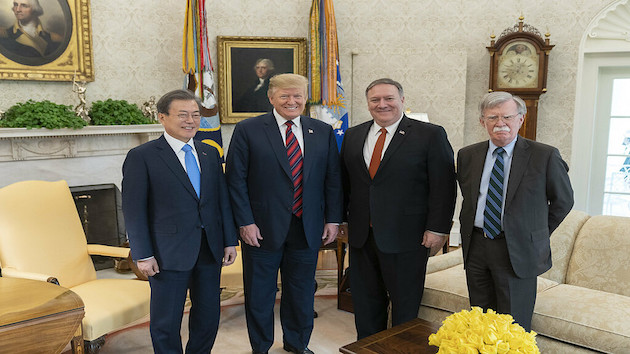 “I am hard-pressed to identify any significant Trump decision during my tenure that wasn’t driven by reelection calculations,” Bolton writes according to the book’s publisher, Simon & Schuster.

The publishers said Bolton’s highly anticipated book, “The Room Where It Happened,” takes readers inside the “chaos in the White House” and reveals “assessments of major players, the president’s inconsistent, scattershot decision-making process, and his dealings with allies and enemies alike.”

“If you don’t like turmoil, uncertainty, and risk—all the while being constantly overwhelmed with information, decisions to be made, and sheer amount of work—and enlivened by international and domestic personality and ego conflicts beyond description, try something else,” Bolton writes according to the news release.

The former top security aide, who was pushed out of the White House last September, will make the case that the House Democrats’ impeachment inquiry was “narrowly focused” on Trump’s efforts to pressure Ukraine for information on former vice president Joe Biden.

“In fact, he argues that the House committed impeachment malpractice by keeping their prosecution focused narrowly on Ukraine when Trump’s Ukraine-like transgressions existed across the full range of his foreign policy—and Bolton documents exactly what those were, and attempts by him and others in the Administration to raise alarms about them,” the news release said.

Bolton declined to testify in the House’s impeachment probe and in February defended that decision claiming his testimony would have been insignificant.

“I sleep at night because I have followed my conscience,” he continued.

Bolton’s book is set to be released on June 23.