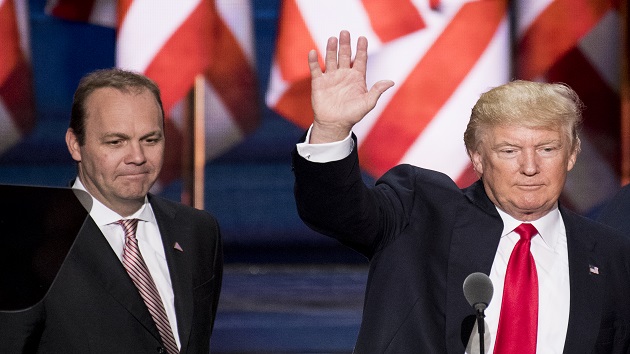 (JACKSONVILLE, Fla.) — President Donald Trump will give his acceptance speech for the Republican nomination in Florida, the Republican National Committee announced Thursday, where the state has reported a record number of new coronavirus cases on each of the last three days.On Saturday morning, the Florida Department of Health confirmed 2,581 new cases of COVID-19, ABC affiliate WPLG-TV reported, a 35% increase over the previous one-day high of 1,902 new cases reported Friday. It also confirmed 1,698 new cases on Thursday.On 10 of the last 11 days the state has reported more than a thousand new coronavirus cases. At least 73,552 cases of COVID-19 have been reported in Florida and 2,925 people have died.Florida’s Republican governor, Gov. Ron DeSantis, said Friday that he attributed the increase in cases to an outbreak among farmworkers and increased testing at nursing homes, not the state’s reopening. The governor also said that despite the spike in cases, hospitalization rates have dropped in Miami-Dade and Duval counties.DeSantis told WPLG he was convinced the August convention could be held in a way that would minimize the risk to attendees.”They are really working hard on it,” he said. “They are working hard with the folks at the White House.””We are thrilled to celebrate this momentous occasion in the great city of Jacksonville,” RNC Chairwoman Ronna McDaniel said Thursday.”Not only does Florida hold a special place in President Trump’s heart as his home state, but it is crucial in the path to victory in 2020. We look forward to bringing this great celebration and economic boon to the Sunshine State in just a few short months,” she added.The convention was moved after a standoff between the president and North Carolina’s Democratic governor, who could not guarantee coronavirus restrictions would be lifted in time for a full scale convention in Charlotte, North Carolina. Trump is expected to give his acceptance speech on Aug. 27 at the VyStar Veterans Memorial Arena, which holds 15,000 people.Copyright © 2020, ABC Audio. All rights reserved.