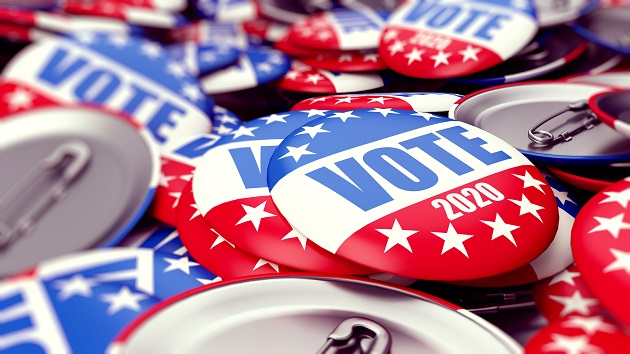 (WASHINGTON) — Virginia’s Republican nominating conventions take place on Saturday — bringing to a close a contested and sometimes ugly primary between incumbent Republican Rep. Denver Riggleman and former Campbell County supervisor Bob Good in the state’s 5th Congressional District.Riggleman — who won his seat in 2018 by seven percentage points over Democrat Leslie Cockburn — is facing a reelection battle after party officials in his district attempted to censure him last summer for officiating a wedding between two gay campaign volunteers, saying doing so was a violation of party platform. The race could serve as a referendum on the party’s stance on same-sex marriage and other individual liberties, pitting Riggleman, who has advocated for privacy on such matters, against Good, who employs more evangelical stances and jumped into the race after saying Riggleman was not conservative enough.Also at play is the race’s most recent controversy: A video surfaced earlier this month of a Good campaign surrogate making racist comments on social media relating to protests in Charlottesville in 2017.”You had a black man in the presiden[cy] for eight years and you’re crying foul, or white supremacy? You give the devil an inch, and he’ll be your ruler. These minorities will not be satisfied,” Eddie Deane, a campaign surrogate, said in the video first reported by CBS19. He later told the station his comments were taken out of context.Deane also generalized the entire LGBTQ community as “a bunch of queers” and as “strange people.”Good, who has taken hard-line stances on issues like same-sex marriage and against abortion — has not commented on the video and Rep. Riggleman’s campaign is still calling on him to do so, or to leave the race.Riggleman has endorsements from President Donald Trump, the House Freedom Caucus Chairman Andy Biggs, R-Ariz., and House Judiciary Ranking Member Jim Jordan, R-Ohio, a Trump ally.The primary is complicated by the fact that it isn’t decided by voters, but by county-level delegates — the same group which debated censuring Riggleman last July, according to Roanoke Times.Ultimately the censure failed, but it was a sign of the party’s contempt. Riggleman told ABC News in an interview that he considers individual liberties a cornerstone of his campaign, and thinks attacks on liberties such as sexual preference are wrong.”I just, again, find it incredibly concerning that we’re worried about how individuals live if they’re not hurting us,” Riggleman said in an interview with ABC News. “And I can’t, as a Republican, I can’t get my arms around us treating anybody differently just based on who they love, how they look, or who they worship.”Good’s campaign did not respond to repeated requests for comment prior to the publication of this story and told other outlets that it was not providing media availability until after the district’s nominating convention on Saturday. He did respond to one individual inquiry regarding whether his name will appear on the party’s ballot come November.J. Miles Coleman, associate editor of Sabato’s Crystal Ball at the University of Virginia, said he thinks Good is a risky candidate for the district given its demographic makeup: It’s one of the largest congressional districts in the country, spanning from the Washington, D.C., suburbs to the northern border of North Carolina, and it encompasses many different political views.”We probably would regard Good as sort of the riskier candidate for the Republicans, mostly because Riggleman has won districtwide,” Coleman said. “Just the fact that Riggleman is more tested probably gives him more credibility, more legitimacy.”Virginia is one of few states which elects county-level delegates to decide the primary nominee, which Coleman said can reward party loyalty in a way a primary likely would not.”Virginia has had these kinds of conventions for a while…[they] have a history of nominating the candidate who plays more to the party loyalist,” Coleman said, clarifying that the demographics lend themselves to Riggleman’s candidacy, but the nominating process may point toward Good as the winner of Saturday’s contest.Riggleman called the process corrupt, and said in any other situation it would be condemned as bribery. Good has campaign staffers who oversee the nominating process to the state’s 5th District, according to Politico. The nominating convention will also take place near Good’s home, which the Riggleman campaign asserts will give Good an advantage.”It seems that this has been an ongoing practice in Virginia politics for a long time, and I believe that’s why the Republican Party has suffered so greatly in this last decade — because they’re not picking very good candidates,” Riggleman said. “You don’t get quality candidates out of these conventions, the rules can be manipulated. They want to keep the voter — I would say — the voter pool as small as possible.”The nominating steps are a “pay-to-play” scenario, he said, pointing toward the fact that delegates who may have ties to certain candidates will ultimately decide who wins the nomination.”Stop pay-to-play, stop the corruption and stop trying to shrink the party,” Riggleman told ABC.On Friday night, the Riggleman campaign asserted that Good had not met the ballot qualification requirements needed to appear on the convention’s ballot on Saturday. Good, in a text message to ABC News, said his campaign paperwork had been filed and his name will appear on the ballot, although he did not specify which ballot — the primary or the general.The Virginia Department of Elections could not be reached for comment to confirm Riggleman’s assertions. According to The Washington Post, Good and Nick Freitas, a candidate running in the state’s 7th Congressional District, did not meet ballot qualification requirements for the November ballot, although the Virginia Republican Party confirmed that both names will appear on ballots on Saturday.On Friday, Chris Martson, the general counsel for the Virginia Republican Party, wrote a letter to the state’s Department of Elections asking for an extension for candidates to meet the ballot qualification requirements. A spokesperson for the state party said regardless of Good’s filing status, he will be able to receive votes from delegates at the district convention on Saturday.Copyright © 2020, ABC Audio. All rights reserved.