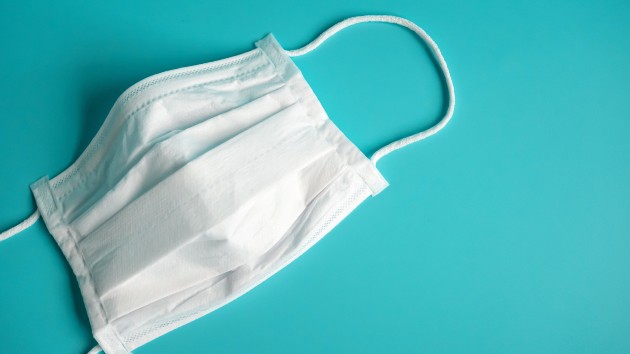 pinkomelet/iStockBy ANGELINE JANE BERNABE, DOUG VOLLMAYER and VICTORIA HAFFNER, ABC News(NEW YORK) — Tempers ran high after a video surfaced over the weekend showing a woman inside a New York City bagel shop not wearing a mask and coughing on a fellow patron. In the video captured on a cellphone, Allison Goodbaum was at a bagel shop when she spotted a woman coughing, without a mask or covering her mouth. “I didn’t say anything to her,” Goodbaum told ABC News’ Good Morning America. “It’s not my place to say anything to her directly, though I told the person who was working there, I told the staff that I believe they should enforce the mask rule.”A New York State mandate requires everyone to wear a face covering when outside their home if they are unable to maintain at least six feet of distance from others. Under the mandate, people who have had COVID-19 are also required to wear a face covering when outside their home. Goodbaum said the cougher overheard her complaint to shop employees and that’s when things escalated.In the video, it appears to show the woman approaching Goodbaum and saying, “Come at me to my face.” Then, in a matter of seconds, she walks up to Goodbaum and seems to intentionally cough on her.“I felt her breath and I felt it you know, on your face kind of like when someone sneezes and she was very close to you,” said Goodbaum. “So that part was pretty jarring.” “I was shocked,” she added. “That was her initial reaction — was to cough on me. And I was really scared. It started to make me paranoid because I was thinking, did she actually infect me? Because prior to the video, she said she had antibodies, so she can’t infect people. I wasn’t looking to attack anyone because that’s not in my nature. My goal of saying something was to make the establishment aware that I felt unsafe in their store.” Similar cases like these are leaving many wondering: Is this a punishable offense? Dan Abrams, ABC News chief legal analyst, says it’s tricky.”There have been a number of cases around the country where someone hasn’t just spit on someone or coughed on someone, they’ve also claimed they had COVID-19,” he said. “And in some of those cases there have been criminal prosecutions for assault or terroristic threats, but here she never said, ‘I’ve got COVID,’ and that could make it much more unlikely that she’s ever charged criminally.” While the woman in the video may not face criminal charges, Goodbaum said she is considering pressing charges herself based on reports that the woman may work in the medical field and she doesn’t think she should be treating patients.“You know, please just take this seriously,” said Goodbaum. “It’s unchartered territory for all of us. Nobody wants to take one big step back. And I think the more that these things happen, there’s a greater likelihood that could happen.” Since the incident, the store has since apologized in a statement and said, “The behavior of the woman is unacceptable … customers and employees MUST wear a mask in all our stores. Our staff was caught off guard.”