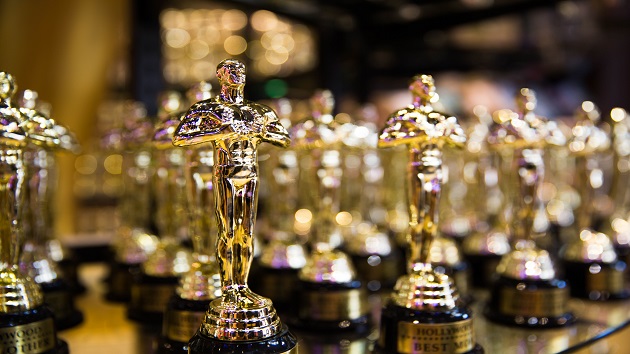 (LOS ANGELES) — It’s official: the 2021 Oscars have been postponed.The board of governors of the Academy of Motion Picture Arts and Sciences met Monday to discuss the upcoming awards ceremony amid the worldwide COVID-19 pandemic and ultimately decided to push it from Sunday, Feb. 28, until Sunday, April 25.Nominations will now be announced on Monday, March 15.As the coronavirus began taking hold in the U.S., theaters across the country shut down and movie release dates were rescheduled left and right. On top of that, film festivals around the globe were upended and production halted.Hollywood is just now starting to reopen.This news comes just days after AMPAS announced six new additions to its board of governors including director Ava DuVernay. As for how the board is structured diversity-wise now: the 54-person group will have 26 women and 12 people of color represented — a year-over-year increase of one in each demographic.Additionally, AMPAS also revealed the next phase of its equity and inclusion initiative. Perhaps the most notable changes are setting the best picture category at 10 nominees each year, beginning with the 2022 Oscars, and Academy members having a quarterly viewing process via a streaming site for potential nominees.Copyright © 2020, ABC Audio. All rights reserved.

No large events to be held at Buckingham Palace this year
Why recognizing the signs of breast cancer should still be a priority amid COVID-19
South Dakota seeing surge in COVID-19 transmission as cases rise in Midwest
Disney+ casts Iman Vellani to play ‘Ms. Marvel,’ the first Muslim superhero
Steelers-Titans game pushed back to later in season due to more COVID-19 cases
Behind in Wisconsin, Trump plans to visit battleground amid COVID-19 surge