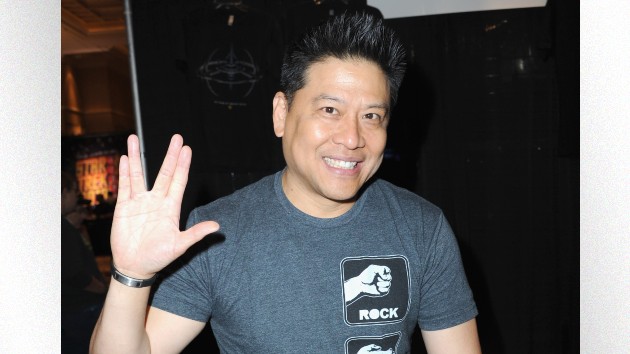 Photo by Albert L. Ortega/Getty Images(NEW YORK) — People of the geek persuasion occasionally debate which character would best another from a different fictional universe, but a real-life version apparently nearly happened years ago when a Star Trek actor almost struck a Star Wars star with his car.

Although the conversation happened back in April, actor Garrett Wang is making headlines thanks to a podcast interview in which the Star Trek: Voyager star admits he could have killed Han Solo and Indiana Jones in one deft move.

The near-miss happened back in the late ’90s, when Wang was running late for a his Voyager audition on the Paramount lot in Los Angeles. “I’m actually speeding around the parking lot, and I come around this one bend, and this guy in a suit walks between two cars right in front of my car, so I slam on my breaks,” Wang recalled to The Delta Flyers podcast, reports ComicBook.com.

“You know when you almost have an accident; your heart is beating a thousand miles a minute? I lock eyes with this dude in the suit, and it’s Harrison Ford! I look at him, and I go ‘Oh my god! I almost killed Han Solo!"”

Wang added, accurately, “I would have been hated by nerds everywhere!”

Fortunately for fans of both Star Wars and Star Trek, Ford was unscathed, and Wang went on to get the job, appearing on Star Trek: Voyager for seven seasons.