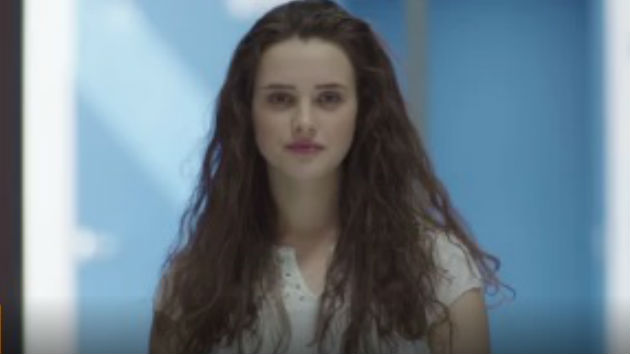 Katherine Langord as Hanna Baker/Netflix(NOTE LANGUAGE) Add Kirstie Alley to the list of people concerned about how young viewers could react to Netflix’s controversial teen suicide-themed drama 13 Reasons Why.

“Don’t let your kids watch 13 Reasons Why,” the former Cheers star tweeted Monday. “…DARK so DARK and such an onslaught of the most non-stop f**ked-upness to come down the highschool pike since Caligula was 16.”

The 69-year-old star is just the latest to sound off on the show since its premiere on the streaming service in 2017. In July of last year, Netflix got enough heat over the first season’s graphic, three-minute long suicide scene of main character Hannah Baker, played by Katherine Langford, that Netflix permanently cut the sequence from the show.

Mental health advocates feared younger, more vulnerable viewers might emulate the character’s taking of her own life, an event that set the series in motion. The streaming service subsequently added warnings to the program, and said in a statement, “…we’ve been mindful about the ongoing debate around the show…So on the advice of medical experts, including Dr. Christine Moutier, Chief Medical Officer at the American Foundation for Suicide Prevention, we’ve decided with creator Brian Yorkey and the producers to edit the scene in which Hannah takes her own life from Season 1.”

Yorkey said in part, “Our creative intent in portraying the ugly, painful reality of suicide in such graphic detail in season one was to tell the truth about the horror of such an act, and make sure no one would ever wish to emulate it.”