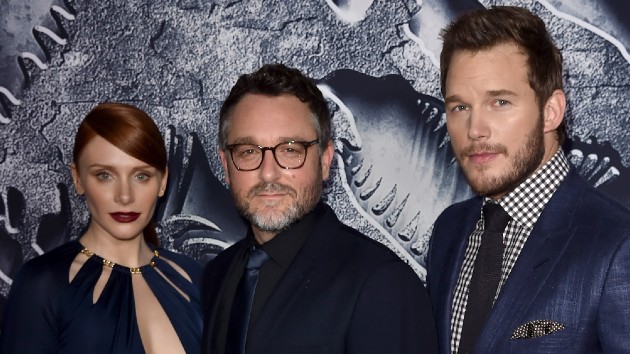 Production, again helmed by director Colin Trevorrow, is set to resume the second week of July.

Universal is reportedly spending around $5 million on its protocols, which will include thousands of tests throughout the remainder of filming.  Additionally, all cast and crew will be tested before returning to set and then again multiple times during filming.

Other safety measures will include the hiring of a private medical facility to manage the entire production’s medical needs; COVID-19 training for all cast and crew; on-site doctors, nurses and isolation booths; 150 hand sanitizer stations; nightly anti-viral “fogs”; more than 1,800 safety signs put up around the studio lot; and “Green Zones” for shooting cast and crew.  Masks will be mandatory, except for actors while they’re performing.

“Anyone with symptoms will be isolated immediately before being sent home,” a Universal production executive tells Deadline.

“We want to make sure that we are going above and beyond the national protocols to create a safe environment,” the executive continues.  “Cost isn’t our main concern now: it’s safety.  We will take direction from our medical team, but we’re confident that with the staggered scheduling and zones of talent and crew, along with a system of contact tracing, we can move forward with limited delay in production.”

The movie’s main cast, including Chris Pratt and Bryce Dallas Howard, will carry out a two-week quarantine upon arriving in England from the U.S., per new government regulations, and before traveling back to the States as well.