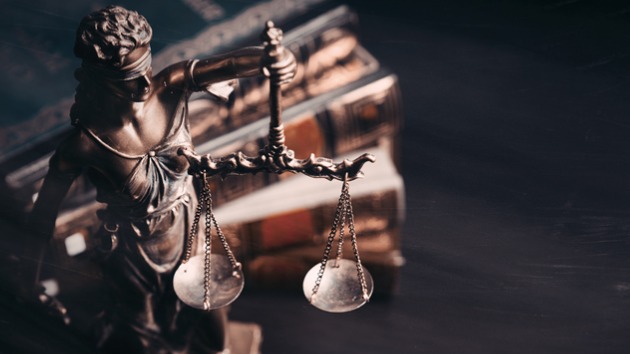 simpson33/iStockBy ELIZABETH MCLAUGHLIN, ABC NEWS(WASHINGTON) — The nationwide conversation about race in America has put a renewed spotlight on racial disparities in the U.S. military justice system, with lawmakers calling for the services to uncover the causes behind the disparities and work to address the problem.At a House Armed Services subcommittee hearing on Tuesday, witnesses summarized the findings from past reports and claimed little progress, while representatives from the military services acknowledged the issue and promised change.A 2019 report from the U.S. Government Accountability Office (GAO) found that black and Hispanic service members were more likely than their white counterparts to be tried in a court-martial proceeding, but that race was not a statistically significant factor for a conviction. That report called for the services to start recording information about race and ethnicity in the same way because the lack of consistency made it “difficult to identify disparities.”Another report, conducted by the advocacy group Protect Our Defenders in 2017, found that for every year reported and across all branches, black service members were “substantially” more likely than white service members to face military justice or disciplinary action.That disparity was highest in the Air Force where black airmen were 71% more likely to face court-martial or non-judicial punishment than white airmen in an average year, when Protect Our Defenders assessed Air Force data from 2006 to 2015. The group later obtained internal Air Force documents from 2016 which acknowledged racial disparities were “consistent, persistent, and getting worse,” according to the group’s president, Ret. Col. Don Christensen.Still, it wasn’t until after the death of George Floyd at the hands of the Minneapolis Police Department on May 25 and the subsequent nationwide protests that the top general in the Air Force announced a review of the service’s legal system by the Air Force inspector general.Christensen told lawmakers on Tuesday that after Protect Our Defenders’ report was published, none of the services reached out to the organization to discuss the findings — a claim largely confirmed by the service judge advocate generals who testified before Congress later in the day.”There’s a long track record of doing nothing,” Christensen told the subcommittee.He said that while the Air Force’s internal investigation is a good “first step,” the services need to bring in experts on racial disparities and look not only at unconscious bias but overt bias and prejudice in the justice systems.Brenda Farrell, director of the Defense Capabilities and Management Team at GAO, similarly called for DOD to assess the underlying causes of the disparities and said congressional oversight of the department’s progress in addressing these issues would be necessary.While the judge advocate generals acknowledged the racial disparity in their justice systems, they pointed to a new law passed late last year that will provide a “road map” for progress.Section 540I in the Fiscal Year 2020 National Defense Authorization Act (NDAA) requires the services to record data on race, ethnicity and gender in military justice system cases and calls on DOD to establish criteria to determine when data indicating disparities should be further reviewed. It also requires a DOD evaluation to identify the causes of disparities and “take steps to address” them.Chairwoman Rep. Jackie Speier, D-Calif., said that while the services are “relying” on Section 540I “to recognize there is work to be done, it would have been a whole lot better” if the changes had come from within the department.”We are at a transformational point in this country, civilian and military wise,” Speier said. “And I think there’s a lot of work to do.”Air Force Judge Advocate General Lt. Gen. Jeffrey Rockwell said that while “we no longer have intentional discrimination in our processes, the fact is that racial disparity in the aggregate persists.””This demonstrates the complex and challenging nature of the issue, symptomatic or indicative of one of many symptoms — a daunting problem, but one that should not stop us from exploring what we can do in the disciplinary process to serve as part of the solution set,” he continued.The critical look at racial disparities in the justice system is one of several issues the military is grappling with in the aftermath of Floyd’s death.In a video message to National Defense University graduates last week, Chairman of the Joint Chiefs of Staff Gen. Mark Milley pointed out the lack of diversity in the military’s highest ranks, saying the department needs to “collectively take a hard look at how we recruit, retain, and promote talent.”“The Navy and Marine Corps have no African Americans serving above the two-star level, and the Army has just one African American four-star,” Milley said.It was only last week that the Senate confirmed Gen. Charles Q. Brown as the next Air Force chief of staff. Brown will become the first black military service chief and only the second black officer to serve on the Joint Chiefs of Staff.While black Americans account for about 13% of the U.S. population, recent DOD data showed black service members make up 18.8% of the active duty enlisted population but just 8.9% of the active duty officer class.Meanwhile, the Navy and Marine Corps have announced steps to ban Confederate paraphernalia from installations, after years of criticism that the symbol celebrated a desire to uphold slavery and white supremacy. The Army said it was open to a discussion about renaming bases originally named after Confederate military leaders — though President Donald Trump has since said that is not something his administration will consider.Copyright © 2020, ABC Audio. All rights reserved.