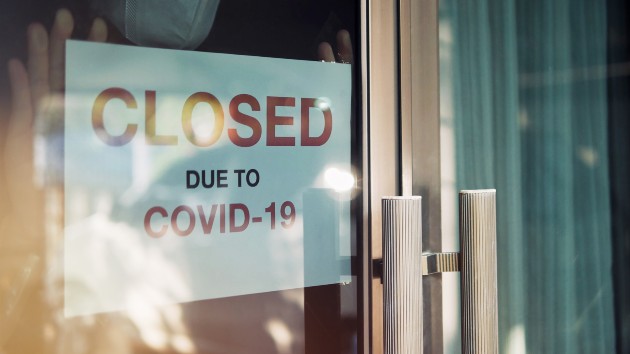 Chansom Pantip/iStockBy SHANNON K. CRAWFORD and CHEYENNE HASLETT, ABC News(NEW YORK) — After months of revisions and delays, the Federal Reserve’s long-awaited Main Street Lending Program is up and running — but critics say in order to boost the economy, it may still have a long way to go.The Federal Reserve Bank of Boston, which administers the program, announced Monday it had opened registration for interested lenders, saying that banks are “encouraged to begin making Main Street program loans immediately.” Borrowers must apply for the loans through a participating lender that will work directly with businesses to determine eligibility. The Main Street Lending Program was first announced in March, and marks the Fed’s first foray into lending outside the banking industry since the Great Depression. The program was designed to fill the gap in the federal government’s support system for businesses that still haven’t gotten relief during the coronavirus pandemic. But critics questioned if the $600 billion program was too narrowly focused, if the terms of the loans were too taxing for businesses, and if banks would be willing to participate given the Fed’s requirements that they hold some stake in the loans they arrange.In the months before its launch, the initiative, which is aimed at medium-sized businesses too big for the Paycheck Protection Program that aided many local businesses, has undergone two rounds of revisions. The latest revision reduces the minimum loan allowed to $250,000 from $500,000, raises the maximum loan limits, extends loan terms to five years from four, and allows recipients to defer payments for a longer period of time — all efforts to encourage businesses to apply.The Fed also rolled back the stake banks are required to hold from 15% to just 5% for all loans, with the central bank taking on the rest. The move was meant to encourage lenders to participate, but some experts say it could result in banks doling out millions in bad loans.”I am confident the changes we are making will improve the ability of the Main Street Lending Program to support employment during this difficult period,” Federal Reserve Chair Jerome Powell said in a statement.Whether these revisions will make the loans more attractive to businesses remains to be seen, but Securities and Exchange Commission filings show several well-known companies like SeaWorld and the the fashion designer and manufacturer Fossil expressed interest in the federal loans as recently as last month.”We have significant interest, we think,” Powell said of the program last week.But other businesses, like the mattress retailer Purple Innovation, have balked at the conditions attached to the funds. In an SEC filing, the company claimed the program’s “restrictions on how funds received are used … would limit our ability to operate our business.”As it stands, the program only requires companies that borrow money to make “commercially reasonable efforts” to retain employees. While the Fed has announced it will disclose who borrows, and the terms of the loans do include restrictions on executive pay, company dividends, and stock buybacks, Democratic Sen. Elizabeth Warren has still equated the Main Street Lending Program to a “half-a-trillion-dollar slush fund” aimed at boosting Wall Street elites.Powell has repeatedly said the Fed will continue to tweak the Main Street Lending Program as needed, but some Democratic lawmakers argue the program is fundamentally flawed in that it uses tax dollars allocated through the Coronavirus Aid, Relief & Economic Security (CARES) Act to fund loans for large businesses without attaching conditions aimed at benefiting employees.”This money should be used to support workers, and the Fed should require companies receiving bailout money to certify that they will use those funds for that purpose,” Warren told ABC News in a statement.”The Fed is making it easier for more companies to access taxpayer funds, and is not doing enough to hold them accountable. This is another giveaway to corporations and CEOs to use this money to enrich themselves,” Warren said.California Democratic Rep. Katie Porter, who was a student of Warren’s at Harvard Law School and now sits on the House Financial Services Committee, echoed the senator’s concerns about oversight.”If the business takes the money and invests it in something that does not actually help retain jobs, then fundamentally we’re just giving low interest rate loans or free money to companies that that don’t need it and aren’t using it to benefit all of us, even though all of us are footing the bill as taxpayers,” Porter told ABC News in a phone interview.But she also pointed to another potential problem — timing. After encountering a number of launch delays, Porter says, it may simply be too late for the program to make a difference.”The window to really intervene was in late March, to try to keep us out of that recession, to try to prevent a level of massive labor market disruption, massive unemployment that we see,” Porter said.Now that The National Bureau of Economic Research has announced that the U.S. is officially in a recession, it’s all the more critical that the loans are doled out to businesses that will lift the broader economy, Porter added.”The question needs to be, is this money to this company going to help address and reduce the recession, and the unemployment rate? And if the answer’s no, then, that’s not necessarily a loan that we ought to be making,” she said. Copyright © 2020, ABC Audio. All rights reserved.

Jay Ellis says he was “shocked as everyone else” with the season four finale of ‘Insecure’
‘Hamilton,’ ‘The King of Staten Island’ among E! People’s Choice nominees
Why recognizing the signs of breast cancer should still be a priority amid COVID-19
Pantone launches new shade of red in hopes of ending menstruation stigma
Suspect arrested in ambush shooting of two LA sheriff’s deputies
‘Hamilton,’ ‘The King of Staten Island’ among People’s Choice nominees