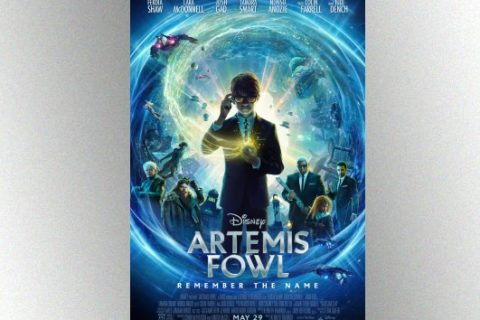 Disney+(NEW YORK) — Artemis Fowl debuted on Disney+ last week, after the COVID-19 shutdown scrapped plans for a theatrical release. But that didn’t stop star Lara McDonnell, who plays fairy Holly Short in the fantasy family film, from celebrating the premiere from her home in Ireland.

“Yeah, we had like a little at home premiere,” the 16-year-old tells ABC Audio. “My parents are so sweet, they, like, made sure that everything was really nice and bought a fake red carpet, which was so funny and cool of them.”McDonnell says she and her family got all dressed up and watched the film together, and afterwards enjoyed some party food.As for making the film, based on the fantasy novels by Irish author Eoin Colfer, Lara says there were many highlights — one of which was getting to act beside Dame Judi Dench, who plays Holly’s commanding officer in the Lower Elements Police, or LEPrecon.“I just couldn’t believe that she was a real person standing in front of me,” McDonnell says, recalling when they first met. “And I put out my hand to shake her hand and she hugged me. And I could just feel the tears welling in my eyes because I couldn’t believe that Dame Judi Dench was hugging me.”Another favorite moment was learning to “fly.”“While I absolutely loved every single scene that I shot, anytime I got to fly, I was so excited,” Lara says. “It was so much fun.” Artemis Fowl, also starring Ferdia Shaw in the title role, Josh Gad and Colin Farrell, is available now on Disney+.