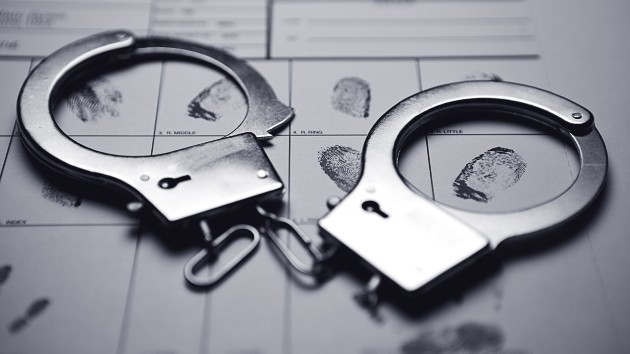 BlakeDavidTaylor/iStockBy MORGAN WINSOR, ABC News(MINNEAPOLIS) — A man has been arrested and charged for his alleged role in setting fire to the Minneapolis Police Department’s Third Precinct amid citywide protests over the death of George Floyd.Dylan Shakespeare Robinson, 22, of Brainerd, Minnesota, was located by federal investigators in the Denver area on June 12 and was captured two days later in Breckenridge, Colorado. The U.S. Attorney for the District of Minnesota announced Tuesday a federal criminal complaint against Robinson, charging him with aiding and abetting arson.On the night of May 28, three days after Floyd died in police custody, the Minneapolis Police Department’s Third Precinct was overrun and heavily damaged from vandalism and arson. The building, which police had abandoned, went up in flames after a group of protesters pushed through barriers and smashed windows. Authorities subsequently determined that multiple separate fires had been started inside the building, according to the complaint.Surveillance video from the Third Precinct shows two individuals ignite a petrol bomb and lob it at the building. One of the individuals can be seen throwing a second one at the building. Investigators with the Bureau of Alcohol, Tobacco, Firearms and Explosives were later able to identify Robinson in the footage, according to the complaint.The investigators reviewed a video allegedly posted on Robinson’s Snapchat account that shows at least one individual appearing to make a Molotov cocktail while multiple unidentified voices provide directions on how to make the crude explosive device. Robinson allegedly posted several comments during the Snapchat video, including, “These guys have never made a Molotov,” “Rookies” and “We need gasoline,” according to the complaint.Investigators reviewed another Snapchat video in which Robinson can allegedly be seen setting fire in a stairwell within the Third Precinct, according to the complaint.Robinson made his initial appearance before a judge at the U.S. District Court in Denver on Tuesday. It was unclear whether he had obtained a lawyer.Protests, some ending in violence, erupted in Minneapolis following the May 25 death of Floyd, a 46-year-old unarmed black man who died shortly after a white police officer was filmed kneeling on his neck as three other officers stood by. Demonstrations calling for an end to police brutality and racial injustice have now spread across the nation and abroad.The officer who prosecutors say pinned Floyd down for nearly nine minutes, Derek Chauvin, has since been charged with second-degree murder and second-degree manslaughter. The three other officers each have been charged with second-degree aiding and abetting felony murder as well as second-degree aiding and abetting manslaughter. Copyright © 2020, ABC Audio. All rights reserved.