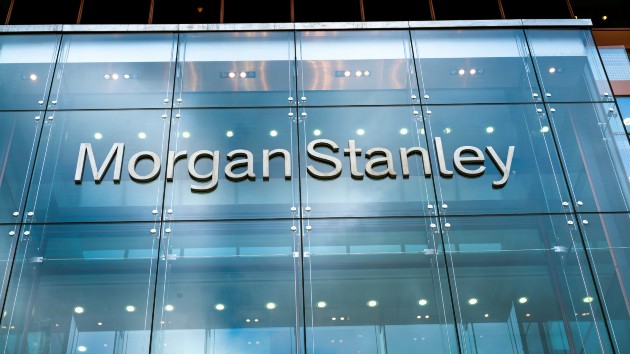 Nikada/iStockBy CATHERINE THORBECKE, ABC News(NEW YORK) — Morgan Stanley’s former head of global diversity is suing the investment bank, alleging rampant racial discrimination and arguing in court documents, “Black lives did not matter at Morgan Stanley.”The legal action comes as the firm publicly attempts to position itself as a diversity leader amid protests over the killing of George Floyd, announcing on June 9 a $5 million donation to the NAACP Legal Defense and Education Fund and initiatives including what the lawyers bringing suit characterize as fast-track promotions of two Black women to senior leadership roles.The lawsuit, filed Tuesday by 26-year Morgan Stanley veteran Marilyn Booker, claims black employees received disparate treatment at work, and faced discrimination, retaliation and unequal pay.Booker accuses CEO James Gorman of being “quick to now pay lip service and throw money at the diversity problem at Morgan Stanley because he is suddenly ‘moved,"” according to the complaint, referencing the firm’s recent reactions to Floyd protests.However, “When it was Ms. Booker’s job to do just that — i.e., to work with the Black community and increase both diversity in the workforce and the Firm’s reputation around diversity in the community — Morgan Stanley did nothing but actively hamstring her ability to do so, such by steadily decreasing her budget year over year,” the court documents state.It continued: “Clearly, Black lives did not matter at Morgan Stanley.”Booker alleges that when she created an internal proposal to remedy the systemic racial bias she said was inflicted on black financial advisers and trainees, senior leaders refused to listen to her plan.Finally, after more than two decades at Morgan Stanley, the court documents allege Booker was fired “in a horrifying fashion” in December.”Having had no performance issues, Ms. Booker was blindsided. No explanation for her firing was given other than typical corporate posturing that her position — which was primarily to help Black people and people of color — was simply being eliminated,” the complaint states.The complaint also alleges that Morgan Stanley having predominately white, male leadership has resulted in discriminatory practices that disproportionately harm black women. Booker is seeking collective action claims under New York’s Equal Pay Act for all black female employees at Morgan Stanley within a relevant statutory period.Jeanne M. Christensen, a partner at the law firm Wigdor LLP, which is representing Booker, said Morgan Stanley has had “decades to get its house in order and improve its record on diversity and inclusion.””No more excuses,” she said in a statement. “The numbers speak for themselves and Morgan Stanley must be held accountable for looking the other way.”Morgan Stanley denied the allegations in the lawsuit and affirmed its commitment to a diverse workforce in a statement emailed to ABC News.”We strongly reject the allegations made in this claim and intend to vigorously defend ourselves in the appropriate forum,” the company said. “We are steadfast in our commitment to improve the diversity of our employees and have made steady progress — while recognizing that we have further progress to make. We will continue to advance our high priority efforts to achieve a more diverse and inclusive firm.”Copyright © 2020, ABC Audio. All rights reserved.