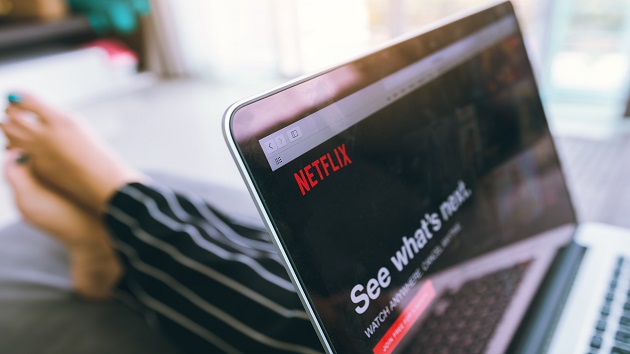 iStock/wutwhanfoto(ATLANTA) — BY: CATHERINE THORBECKENetflix co-founder Reed Hastings and his wife, philanthropist Patty Quillin, announced a $120 million donation to Historically Black Colleges and Universities on Wednesday.The multimillion dollar sum marks the largest ever contribution by an individual in support of scholarships at HBCUs, according to Spelman College, one of the recipients. The donation comes as protests over the killing of George Floyd have roiled the nation, thrusting longstanding issues of systemic racism into the spotlight.In addition to Spelman, the funds will go to Morehouse College and the United Negro College Fund (UNCF). Each institution will receive a $40 million cut of the donation.”HBCUs have a tremendous record, yet are disadvantaged when it comes to giving,” Hastings and Quillin said in a joint statement. “Generally, White capital flows to predominantly White institutions, perpetuating capital isolation.”The couple added that they hope the money will help “more Black students follow their dreams” but also “encourage more people to support these institutions — helping to reverse generations of inequity in our country.”HBCU’s have historically faced disproportionate access to funding. The median endowment across all HBCUs in the U.S. is $15.7 million compared to $36.8 million for non-HBCUs, according to the UNCF.Hastings and Quillin have a long record of supporting educational opportunities for people of color. In 1997, the couple started supporting the KIPP charter school network which predominately caters to black and Latino youth.Spelman College said it will use the funds for a scholarship named after alumna and civil rights attorney Dovey Johnson Roundtree. The scholarship will give 20 first-year students for the next ten years full scholarships including tuition, room and board.Mary Schmidt Campbell, the president of Spelman, called it a “historic gift in response to the historic moment we’re experiencing.””We are enormously grateful for this affirmation of the importance of the work that HBCUs do to educate the next generation of Black leaders,” she added in a statement.In a video posted to Twitter, Morehouse College President David Thomas called the donation “an affirmation of the work that we are doing at Morehouse College to produce leaders who are equipped to effect change in their professions, communities, the nation and the world.”

Thomas added that 60% of Morehouse students are PELL grant eligible and come from households that earn $40,000 a year or less.”This liberation gift will make a world-class college education possible for students from struggling families,” he said. “They will gain the freedom to graduate debt-free.”The UNCF awards more than 10,000 student scholarships each year and provides financial support to 37 historically black colleges and universities.Michael L. Lomax, the CEO of the of the UNCF, said he felt “uplifted” by the support from Hastings and Quillin.”Dr. King famously reminded us that ‘the arc of the moral universe is long, but it bends toward justice.’ I believe the arc does not bend toward justice on its own,” Lomax said in a statement. “We must bend it with all the strength and power we have.””Patty and Reed are helping bend the arc toward justice,” he added. “I feel a profound sense of responsibility to steward their incredible gift to maximum impact and ensure that it advances their belief in and commitment to the principle that ‘Black lives matter."”

Coronavirus live updates: CDC forecasts up to 226K US deaths by mid-October
Idris Elba, Angela Bassett and others to help launch new opportunities for diverse first-time filmmakers
NASA pledges to land 1st woman on moon by 2024
Breonna Taylor decision ignites protests from New York to Chicago to Seattle
Illinois Facebook users tagged in photos can now submit claims as part of $650 million settlement
How much black licorice is too much and why a sweetening compound can be bad for adults