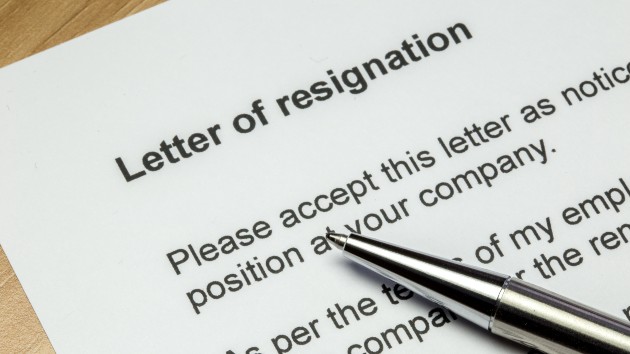 (WASHINGTON) — The Voice of America and other U.S. government-funded media outlets have been hit by waves of turmoil, uncertainty and attacks after President Donald Trump’s pick to lead the U.S. Agency for Global Media, which oversees them, started his job this month.Michael Pack, a conservative filmmaker who’s worked closely with Steve Bannon and is reportedly under investigation by the D.C. Attorney General for alleged self-dealing, was confirmed by the Senate earlier this month to lead the agency which runs VOA, Radio Free Asia, Radio Free Europe/Radio Liberty and other outlets.In the two weeks since, two top VOA executives have resigned as the outlet faces unfounded charges from the White House and a reported blacklisting by the Centers for Disease Control and Prevention.Late Tuesday, Rep. Eliot Engel, D-N.Y., the chair of the House Foreign Affairs Committee, which oversees USAGM, said in a press release that he’d learned Pack intends to force out a number of the agency’s career senior leadership on Wednesday morning.”My fear is that USAGM’s role as an unbiased news organization is in jeopardy under his leadership. USAGM’s mission is ‘to inform, engage, and connect people around the world in support of freedom and democracy’—not to be a mouthpiece for the President in the run up to an election,” Engel said in the statement.”Mr. Pack should immediately reverse course and allow the nonpartisan public servants who run USAGM to keep doing their jobs,” he continued. “I will use every tool at the Foreign Affairs Committee’s disposal to make sure career employees are protected, the law is followed, and USAGM’s credibility remains intact.”None of the heads of the agency’s media outlets have heard from Pack since he started, according to a senior USAGM official and a source familiar with the issues.Pack has removed everyone from the agency’s front office and implemented a total hiring and spending freeze, according to the official and the source.Those steps have left some employees uneasy.VOA’s director Amanda Bennett and her deputy Sandy Sugawara both resigned Monday, saying in a joint letter that Pack “has the right to replace us with his own VOA leadership.”There are also concerns that Radio Free Asia’s director Bay Fang could be pushed out, according to the official.USAGM has not yet responded to a request for comment. Radio Free Asia’s spokesperson declined to comment.Critics worry that Pack will alter the content of VOA and its affiliates, in violation of their charter, which says they will remain editorially independent from the U.S. government, which provides its funding. That concern has been fueled in part by Trump, who tweeted that Pack’s confirmation is “a big victory… for America” after “a big battle in Congress for 25 years.”It’s unclear what battle the president was referring to, but USAGM, previously known as the Broadcasting Board of Governors, was established in 1994 with the International Broadcasting Act.”Michael Pack swore before Congress to respect and honor the firewall that guarantees VOA’s independence, which in turn plays the single most important role in the stunning trust our audiences around the world have in us. We know that each one of you will offer him all of your skills, your professionalism, your dedication to mission, your journalistic integrity and your personal hard work to guarantee that promise is fulfilled,” Bennett said in a note sent to staff on Monday before she resigned.Bannon, who served as Trump’s chief strategist, told the conservative newspaper Washington Times, “After decades of kowtowing to (China), Amanda Bennett resigned before being summarily fired.””Now patriots can begin the process of cleaning up the mess she leaves behind,” he continued.VOA has also been blacklisted by the CDC, according to internal guidance obtained through a Freedom of Information Act lawsuit from the Knight First Amendment Institute. Amid its reporting on the pandemic in 47 languages and nearly 100 countries, VOA has been singled out by the CDC, which issued internal press guidance to deny any interview requests to VOA and specifically its anchor Greta Van Sustern.That guidance cites the White House’s attacks on VOA. Trump himself has gone after the outlet, but specifically, the CDC cites an April 10 White House statement that accuses the outlet of promoting Chinese propaganda and “speak(ing) for America’s adversaries — not its citizens.”It’s an unfounded charge, particularly because VOA has tackled Chinese propaganda with fact checks, reconstructed timelines and a report that estimated the real death toll in Wuhan, China — once the epicenter of the coronavirus outbreak — which several senior Trump officials cited.After the White House statement in April, Bennett pushed back, defending VOA’s “factual unbiased reporting” and providing links to their extensive coverage.It’s unclear if the CDC blacklisted VOA at the White House’s request or if other U.S. agencies have done so as well.On Sunday, one day before her departure, Bennett also condemned the CDC’s guidance and called on the agency to reverse course.”Efforts such as those outlined in the CDC memo can result in the kind of chilling effect on our journalism that we regularly see in the markets we broadcast to that have no free press — including in China and Russia,” she said.Engel, in an earlier statement on Monday, thanked Bennett and Sugawara for their service, but expressed “alarm” at the attacks on VOA by Trump and his allies “presumably because VOA has abided by the legal requirement that it be an independent news source and not a propaganda outlet for the administration.”In his statement Monday, Engel called on Pack to defend the VOA and condemn the CDC guidance, which he has so far not done. Copyright © 2020, ABC Audio. All rights reserved.