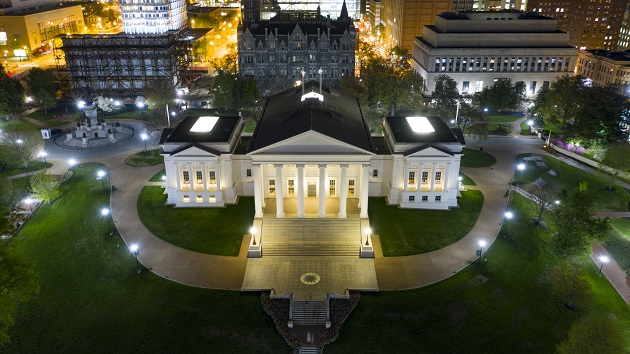 iStock/ChrisBoswell(RICHMOND, Virginia) — BY: JACK ARNHOLZAs nationwide protests highlight racial inequities existent throughout sectors of society, a second black female candidate has announced her intention to run for governor in Virginia.In a video released Wednesday, Virginia State Senator Jennifer McClellan said that she plans to run for the state’s top job after the term of current Gov.Ralph Northam — whose tenure was marked by blackface scandal last year — expires in 2021. “When we’re in the midst of a pandemic, an economic crisis, a reckoning with racial injustice and a crisis of faith in government’s ability to solve problems, we need someone who can bring everyone together, make everyone of all perspectives feel valued and heard,” McClellan told ABC News Thursday.The state senator joins fellow-Democrat Virginia Delegate Jennifer Carroll Foy as the second black woman running for the post. Either candidate would make history if victorious in 2021 as the first black woman to become governor of any U.S. state.“I am not running to be a black woman governor of Virginia. I’m running in order to create a future that comes to terms with our past,” McClellan said.“I do feel the weight of being a black woman … knowing that I stand on the shoulders of a lot of people over the past 400 years who fought for just my ability to do this — and knowing that I will help blaze a path for generations to come. And I can’t help but feel just the power of that,” she added.Despite making up one of the Democratic Party’s most vital voting blocs, black women have been historically underrepresented throughout the American political landscape.Yet, in recent years, according to data from the Center for American Women and Politics, the U.S. has seen an increase in representation with 24 black women serving in the U.S. Congress and over 300 — a historic high — in state legislatures.“We’ve had more run in the past few years than ever before. I think that, you know, the party can always do better,” McClellan told ABC News. “I think we can always strive to recruit candidates that reflect the diversity of the Commonwealth of Virginia. That’s not just women and women of color, but I think young people as well.”McClellan and Carroll Foy enter what will likely be a packed Democratic primary. Former Virginia Governor Terry McAuliffe is also likely to vie for his old job — Virginia law limits its governors to only serve one consecutive four-year term, but allows them to run again after leaving office.Virginia’s Lieutenant Governor Justin Fairfax, who is black, might declare his candidacy as well, despite a sexual-assault allegation that threatened to force him out of office last year.When asked about how she plans to stand out in what might become a packed Democratic field, McClellan said, “I think Virginians are ready for or are looking for new leadership, but with the experience that can roll up their sleeves and get things done and solve problems.”

Woman charged with attempted murder for driving through crowd of competing protesters
More Black ‘firsts’ emerge amid nation’s racial reckoning but pressure must continue, some say
Amid pandemic, confidence in CDC erodes with questions of political interference
Secretary of State Mike Pompeo to headline fundraiser for Christian charity in swing-state Florida
Only 10% of US adults may have COVID-19 antibodies: Study
Two former leaders of Holyoke Soldiers’ Home charged in COVID-19 deaths