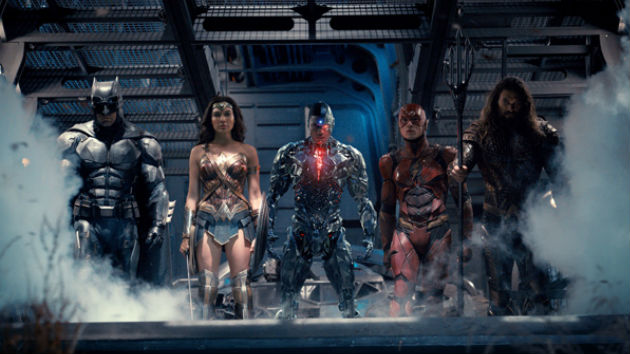 Snyder, Justice League’s original director, was forced to step away from the project following his daughter’s tragic suicide in March 2017. Joss Whedon took over and substantially retooled the film, which delivered a disappointing $657.9 million worldwide — disappointing, based on the film’s production costs and studio expectations — and ignited fans’ curiosity as to what Snyder’s version would have looked like.

Warner Bros. subsequently gave Snyder the money to complete the film as he saw it, and the Snyder Cut of Justice League will be released exclusively on HBO Max next year.

University of California ‘unfairly admitted’ applicants based on connections: Report
The men behind QAnon
‘On the Basis of Sex’ and ‘RBG’ returning to theaters in tribute to Ruth Bader Ginsberg
What we know about the alleged racist attack on a New York City jogger
‘The West Wing’ cast reuniting for HBO Max special to benefit When We All Vote
Rescue efforts underway for hundreds of pilot whales stranded off Australia’s coast