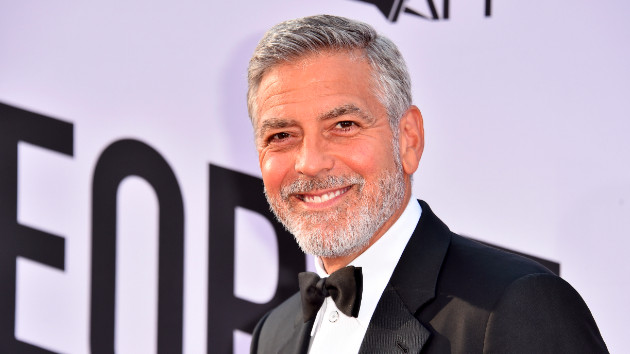 Alberto E. Rodriguez/Getty Images for Turner (LOS ANGELES) — George Clooney is donating $500,000 to the Equal Justice Initiative, People reports.In a statement announcing his contribution, he took a sarcastic jab at President Donald Trump.”Thank you President Trump for ‘making Juneteenth famous.’ Much like when Bull Connor made ‘Civil Rights’ famous. My family will be donating 500 thousand dollars to the Equal Justice Initiative in honor of your heroic efforts,” Clooney said in the statement to People.He’s referencing Trump’s recent comments to the Wall Street Journal in which he claimed to have “made Juneteenth famous” after his controversial decision to hold a rally on that date in Tulsa, Oklahoma. Bull Connor was a strong opponent of the Civil Rights movement in the 1960s.Juneteenth — June 19 — commemorates the end of slavery in the U.S. Trump’s rally was eventually pushed back a day.  Earlier this month, Clooney wrote an essay for The Daily Beast in which he called racism “America’s greatest pandemic.”

“This is our pandemic.  It infects all of us, and in 400 years we’ve yet to find a vaccine,” the 59-year-old actor wrote.  “And there is only one way in this country to bring lasting change: Vote.”