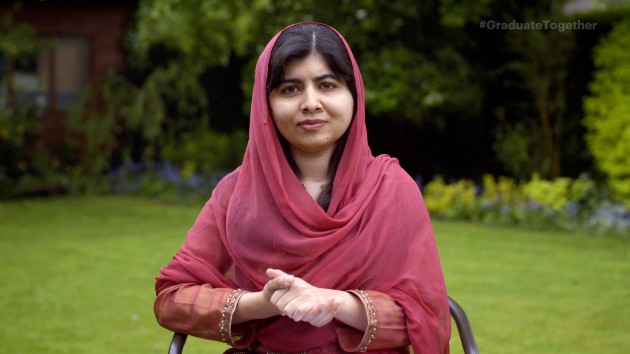 Getty Images/Getty Images for EIF & XQBy KATIE KINDELAN, ABC News(LONDON) — Malala Yousafzai can add another title to her resume: Oxford University graduate. The 22-year-old Nobel Peace Prize winner announced on Twitter that she has graduated from the prestigious U.K. university with a degree in philosophy, politics and economics.”Hard to express my joy and gratitude right now as I completed my Philosophy, Politics and Economics degree at Oxford,” Yousafzai wrote. “I don’t know what’s ahead. For now, it will be Netflix, reading and sleep.”Yousafzai celebrated her graduation with her family. She shared a photo of herself posing with her family by a graduation cake, followed by a photo of herself seemingly covered in the cake.

Hard to express my joy and gratitude right now as I completed my Philosophy, Politics and Economics degree at Oxford. I don’t know what’s ahead. For now, it will be Netflix, reading and sleep. 😴 pic.twitter.com/AUxN55cUAf

The world watched Yousafzai come of age under Taliban rule in northwest Pakistan. At just 15 years old, she was on the bus home from school when a masked man approached the vehicle and demanded to know: “Who is Malala?” Nobody on the bus answered, though several girls turned to look at her. He then lifted a gun and shot the teen in the head.After surviving the assassination attempt, Yousafzai continued to tirelessly advocate for the education of girls around the world, founded her own nonprofit, wrote a bestselling memoir, starred in a documentary about her life and became the youngest-ever Nobel Laureate — all before the age of 21.More recently, Yousafzai has been working through her Malala Fund to help girls continue their education during the coronavirus pandemic.Copyright © 2020, ABC Audio. All rights reserved.

Breonna Taylor’s family demands release of transcripts from grand jury proceeding
Rural moms recovering from addiction struggle to stay connected during pandemic
Breonna Taylor decision ignites protests from New York to Chicago to Seattle
‘Cake Boss’ star Buddy Valastro recovering from freak bowling accident that left him with impaled hand
Man run over, killed by his own car as he tried to stop thief from stealing it
Teddi Mellencamp confirms exit from ‘The Real Housewives of Beverly Hills’: “It feels like a breakup”