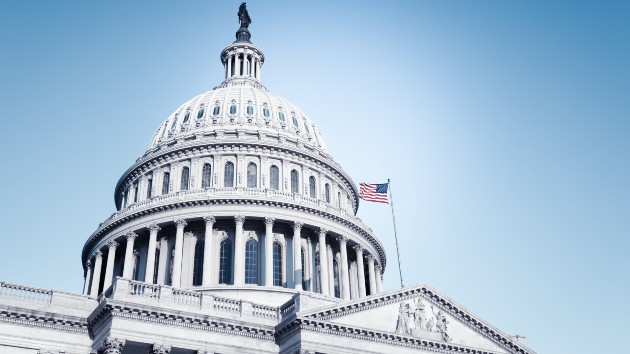 uschools/iStockBy JOHN PARKINSON, ABC News(WASHINGTON) — Late Thursday afternoon, the gold-framed portraits of four former Speakers of the House of Representatives who shared ties to the Confederacy were removed from the walls of the U.S. Capitol, as efforts to strike down symbols of racism around the country continue in the wake of George Floyd’s killing last month.In a letter addressed Thursday to Cheryl Johnson, clerk of the House of Representatives, House Speaker Nancy Pelosi called for the removal of the paintings in observance of Juneteenth on Friday.The portraits were taken down hours later. They had hung in the Capitol for decades, honoring Robert Hunter of Virginia, who served as speaker from 1839 to 1841, Howell Cobb of Georgia, 1849 to 1851, James Orr of South Carolina, 1857 to 1859, and Charles Crisp of Georgia, 1891 to 1895.”There is no room in the hallowed halls of Congress or in any place of honor for memorializing men who embody the violent bigotry and grotesque racism of the Confederacy,” Pelosi, D-Calif., proclaimed.Pelosi admitted that she was unaware that the men had ties to the Confederacy until she was informed by a curator taking an inventory of Confederate statues in the Capitol, which Pelosi has also worked to remove this month.”We didn’t know about this until we were taking inventory of the statues and the curator told us that there were four paintings of speakers in the Capitol of the United States for speakers who had served in the Confederacy,” Pelosi told reporters during a news conference Thursday.Her letter recounted that Orr swore on the House Floor to “preserve and perpetuate” slavery in order to “enjoy our property in peace, quiet and security,” while Hunter “served at nearly every level of the Confederacy,” including in the Confederate Provincial Congress, as Confederate Secretary of State, in the Confederate Senate and in the Confederate Army.”The portraits of these men are symbols that set back our nation’s work to confront and combat bigotry,” she wrote. “Our Congressional community has the sacred opportunity and obligation to make meaningful change to ensure that the halls of Congress reflect our highest ideals as Americans. Let us lead by example.”Each House Speaker is honored with a portrait in the U.S. Capitol, although former Rep. Dennis Hastert’s portrait was removed by Speaker Paul Ryan on Nov. 2, 2015 after Hastert pleaded guilty to breaking federal banking laws related to a hush money scheme he allegedly used to conceal sexual misconduct during his days as a wrestling coach.The tradition of displaying speakers’ portraits began in 1852, before the Civil War, with the collection growing to more than 50 historical paintings. Former House Speaker John Boehner was honored with a portrait last November, the latest piece of art to join the collection. Pelosi and Ryan do not yet have portraits in the collection.House Minority Leader Kevin McCarthy conceded Pelosi has the right to remove the controversial portraits, but he argued Democrats should rethink their nominee for president, former Vice President Joe Biden, due to comments McCarthy recalled Biden made about race in the 1970s.”I wish she would go further,” McCarthy, R-Calif., said. “If the Speaker’s concerned about that, should she also start talking about changing the name of her party and actually changing the nominee?”Pelosi’s directive was not celebrated by all lawmakers, including Rep. Thomas Massie, who exclaimed the portraits depict speakers who “were Speakers of the House for the UNITED STATES OF AMERICA.””Where does all this end?” Massie, R-Ky., wondered in a tweet. “Renaming ‘Washington’ DC?”The House of Representatives will take a vote next Friday, June 26, on legislation that would grant the District of Columbia statehood and create, “Washington, Douglass Commonwealth,” as the union’s 51st state, drawing its new name from the names of President George Washington and abolitionist Frederick Douglass. Copyright © 2020, ABC Audio. All rights reserved.

Prince William says coronavirus pandemic has been a chance to ‘refocus our priorities’
Coronavirus live updates: Researchers find rapid rise in pediatric COVID-19 cases across US
‘Dancing with the Stars’ season 29 recap: Carole Baskin lets out her last roar on the dance floor
Presidential debate: Trump, Biden face off for first time ahead of November’s election
In Pennsylvania, advantage Biden with a big boost from women: POLL
Microsoft outage was not part of ‘coordinated campaign,’ says cybersecurity agency