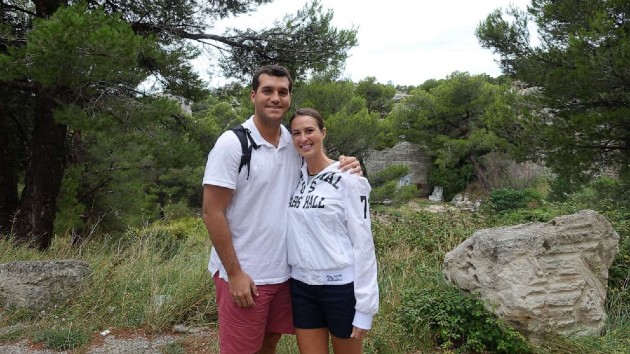 Christopher MooneyBy VICTORIA HAFFNER and ANGELINE JANE BERNABE, ABC News(NEW YORK) — A fertility clinic in Manhattan, New York is getting sued after mistakes were allegedly made during failed embryo transfers. “We don’t want anyone else to ever have to go through everything that we went through,” Nicole Mooney told ABC News’ Good Morning America. For years, Nicole and her husband, Christopher, struggled to start a family. When they turned to the New York Fertility Institute, they say they went through 18 failed embryo transfers, which the clinic says were just bad luck. The couple did bring their elder son into the world with the help of the clinic, but also claim the clinic lost one of their embryos.“We had a plan to put in our healthy tested embryo into a gestational carrier,” said Nicole. “And instead, the wrong undetermined embryo was put in. Then the healthy embryo was lost for 19 months in storage.”According to the lawsuit, the Mooneys are accusing New York Fertility Institute of negligence, fraud and emotional distress, and are saying the clinic failed to properly store and label two embryos and failed to tell the couple when one embryo was misplaced for a year and a half. The suit also claims that during another procedure, the couple was told the doctors were implanting two embryos but they say the clinic’s records tell a different story.“We looked at our records, it says in black and white that one died and one was transferred,” said Christopher. “We had pictures of the two we were told were put in.” “It was absolutely heartbreaking to learn that after the fact,” he added. “This was Nicole’s last attempt to carry our own children. And to learn that only one was put in when we had other frozen and available to give ourselves the best chance, you know that was devastating.” But the New York Fertility Institute said that Christopher and Nicole’s account of what happened is not true. In a statement to ABC News, the clinic said, “There is ample evidence that prove 2 embryos were transferred during that procedure” and that none of the Mooney’s embryos “were ever lost or misplaced.”The Institute said it works closely with their patients in “providing them with personalized treatment plans to meet their reproductive needs” and believe they “met those standards in the Mooney case.” In regards to the lawsuit, the Institute said it was “shocked and surprised to learn of the lawsuit, as the parents sent us cards thanking us for our care that resulted in the birth of their son, and on his first birthday.”But the Mooneys’ attorney says they aren’t suing over the 18 failed attempts at pregnancy, only events where mistakes were made and are now calling for better regulation of fertility clinics. In the U.S., there are few federal laws that regulate reproductive technology and no single federal agency oversees the fertility industry. “America is the place where people come from all over the world, because the regulations are so limited here,” said Alan Milstein, the Mooneys’ attorney. “And that’s because there’s just so little oversight into how these clinics operate.”While experts say that even though there is no exact calculation of embryo errors and mistakes are extremely rare, they caution that even one error is one too many. “What we need are national standards that ensure inspections of fertility clinics, we need national standards that ensure that reproductive material is kept safely and stored safely,” said Naomi Cahn, a professor at George Washington University Law School. Now, Nicole just hopes the same thing doesn’t happen to other parents.“It’s emotional for me because I mean, I see so many of my friends doing it,” she said. “Now I know so much and I really want other couples going through this, not to have to go through this. Change doctors, look at the CDC. Do your research out there.” Copyright © 2020, ABC Audio. All rights reserved.