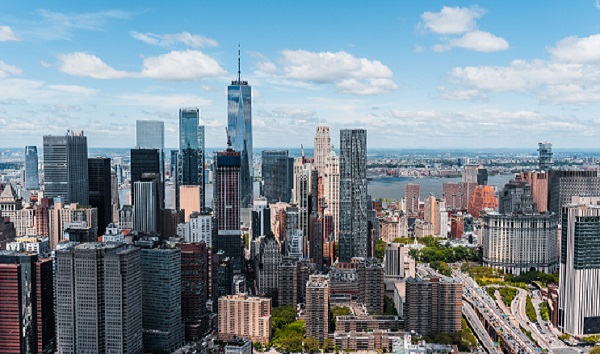 (NEW YORK) — Like other veteran lawmakers, Rep. Eliot Engel has worked hard to avoid the fate of Joe Crowley, the No. 4 House Democrat defeated by Alexandria Ocasio-Cortez in the 2018 primary.The 31-year House member endorsed the Green New Deal, and was one of the first senior Democrats to support impeaching President Donald Trump, while holding his feet to the fire on foreign policy as chairman of the House Foreign Affairs Committee.But that work might not be enough to fend off Jamaal Bowman, a former middle school principal backed by Rep. Ocasio-Cortez, Sen. Bernie Sanders, Sen. Elizabeth Warren and a host of other progressive leaders in New York and Washington who see Tuesday’s primary as a high-profile opportunity to make a statement about the direction of the Democratic Party.”If you are a Bernie Sanders or Elizabeth Warren supporter, many of your hopes are going into this race, because you want to see progressives win this year,” said Waleed Shahid, the communications director for Justice Democrats, the group that recruited Bowman and supported Ocasio-Cortez, told ABC News.Engel has defended his credentials and voting record. In an interview with ABC News on Monday, he expressed frustration with progressives and said they are distracting from efforts for the party to unite and defeat President Trump in November.”Before we ever heard of Ocasio-Cortez, before we ever heard of anybody, I was voting progressively way back when, and continue to do it,” he said.Bowman said both the coronavirus crisis and the economic fallout of the pandemic have underscored the need to for new representation in Washington, “revealing the fractured health care and education and economic systems that we have.”The renewed national debate over racial inequality and police brutality sparked by the murder of George Floyd in police custody has also resonated with voters in the majority-minority district, he said.”I’ve experienced police brutality and police harassment my entire life, beginning at 11 years old,” Bowman told ABC News.As he works to fend off Bowman, Engel is also facing backlash over spending the first few months of the coronavirus outbreak in his home in the Washington, D.C. suburbs, and not in his hard-hit district.At a press conference following protests over Floyd’s death, he was caught on a hot mic pressing Bronx Borough President Ruben Diaz Jr. for a speaking slot.”If I didn’t have a primary, I wouldn’t care,” he said.”He doesn’t live here, he is absent, he is not engaged, we haven’t seen him,” Bowman said of Engel.Engel, 73, dismissed claims that he hasn’t been attentive to his district’s needs, and defended his stay in the Washington area at the onset of the pandemic.”If you have a doctor who is in Washington, D.C., that tells you need to be quarantined and be near him, and I do that, I don’t understand how I’m doing something detrimental to my district,” he said. “I was following my doctor’s orders, and I’d do it again.”He said he spent those weeks working for New Yorkers, and took credit for the $5 billion in funding for New York hospitals in the CARES Act.”The seniority system works in Washington,” he said at a recent primary debate. “I bring home the bacon.”In the final stretch of the campaign, Engel has received endorsements from the state and from national Democratic leaders such as House Speaker Nancy Pelosi, D-CA, Senate Minority Leader Chuck Schumer, D-NY, New York Gov. Andrew Cuomo and former Secretary of State and Democratic presidential nominee Hillary Clinton, who has not endorsed another candidate this cycle.A number of prominent African American Democratic leaders, including House Democratic Whip James Clyburn, D-South Carolina, House Financial Services Chair Maxine Waters, D-California, and Democratic Caucus Chairman Hakeem Jeffries, D-New York, have also endorsed Engel’s reelection.”Maxine Waters, you think she’s a pushover?” he said. “They could easily stay out of the race… they want people to know what I’ve stood and how they’ve worked with me.”Engel also took aim at Bowman, saying his opponent was “never a Democrat,” after his voting record showed that he didn’t vote in 2012, and comparing him to Sanders, who “decides he wants to be a Democrat when he runs” for office.”I was registered as an independent, I’ve always voted Democrat,” Bowman told ABC News, claiming he did vote for President Barack Obama in 2008 and 2012, despite the filing. “These are desperate attempts to sway the constituents of the district.”He also downplayed Engel’s endorsements from prominent lawmakers.”They’ve worked with him before, so they’re providing support, that makes sense,” Bowman said. “But for us, it’s all about the people, and when I say the people, I mean working class people before the poor, the disenfranchised, the marginalized.”The competitive race has played out over the airwaves, and outside groups have spent millions in the weeks leading up to Tuesday.Democratic Majority for Israel, a pro-Israel group, has spent more than $1 million for Engel and against Bowman. (The two have clashed over foreign policy: Engel, a staunch supporter of Israel, voted against President Obama’s Iran nuclear deal.)Justice Democrats, the progressive group that recruited Bowman to run and helped Ocasio-Cortez stun Crowley two years ago, has spent more than $900,000 on the race.Engel isn’t the only incumbent facing a challenging reelection fight in the New York delegation.Rep. Yvette Clarke, who represents Brooklyn, is facing a number of candidates next week, including a rematch with Adem Bunkeddeko, the son of Ugandan war refugees and a Harvard Business School graduate who has been campaigning on affordable housing.”I don’t think the anti-incumbent fervor is as strong in [New York’s Ninth Congressional District] as it may be in the state and around the country,” Clarke, who defeated Bunkeddeko by just 2,000 votes in 2018, told ABC News.Isiah James, a democratic socialist and Army veteran who served in Iraq and Afghanistan, and Chaim Deutsch, a New York City Council member, are also competing to unseat Clarke, who has served since 2007. Copyright © 2020, ABC Audio. All rights reserved.