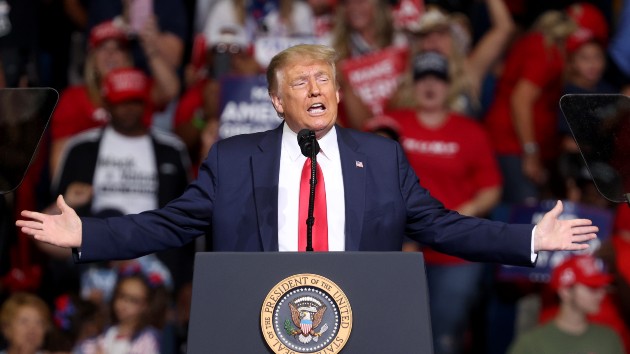 (Tulsa, OK) According to the Tulsa Fire Department, President Trump’s campaign rally on Saturday saw approximately 6,200 people in attendance. The number is driven from tickets scanned at the door, not including staff, media, or suites.

The poor turnout forced the President and Vice President to cancel a follow up overflow speech just outside of the BOK Center.

With the campaign announcing over 1 million requests for tickets before the rally, campaign managers are putting the blame on protesters and social media.

Campaign manager Brad Parscale stated that protesters were blocking people from entering the arena on Saturday night, keeping many of Trump’s supporters from entering the building, along with the media for reporting false numbers.

The New York Times revealed that a large number of the tickets requested for the rally were done so by people on the app TikTok, and fans of South Korean pop music, K-Pop. Users of social media managed to secure tickets for the event with no intention of attending in order to inflate numbers and leave empty seats at the event.

The two combined have been the explanation from the Trump campaign for a turnout that should have been much larger.