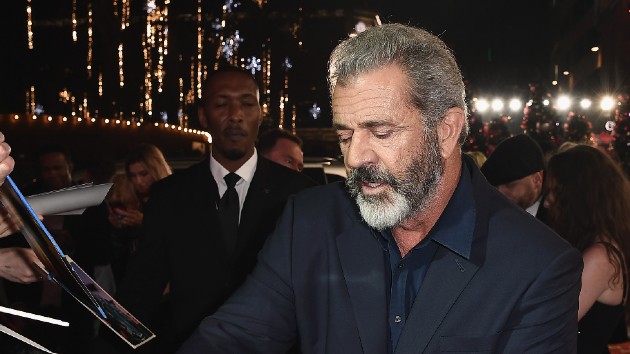 Photo by Gareth Cattermole/Getty Images for Paramount Pictures(LOS ANGELES) — A rep for Mel Gibson is hitting back at Winona Ryder, after the Stranger Things actress gave an interview in which she claimed she overheard him years ago making anti-Semitic and anti-gay comments.

In the interview with the U.K.’s Sunday Times, Ryder said, “We were at a crowded party with one of my good friends. And Mel Gibson was smoking a cigar, and we’re all talking and he said to my friend, who’s gay, ‘Oh wait, am I gonna get AIDS?’ And then something came up about Jews, and he said, ‘You’re not an oven dodger, are you?"”

A rep for the Oscar-winning filmmaker and actor fired back in a statement to Variety, saying, “This is 100% untrue. She lied about it over a decade ago, when she talked to the press, and she’s lying about it now.”

Ryder also claimed Gibson tried to apologize for his behavior, but the rep denied that claim as well: “She lied about him trying to apologize to her back then. He did reach out to her, many years ago, to confront her about her lies and she refused to address it with him.”

Gibson famously was arrested in a 2006 DUI stop in which he made anti-Semitic comments.  In 2010, amid a nasty split with ex-girlfriend Oksana Grigorieva, he was recorded in a rage in which he used racial and other slurs.

The actor and Braveheart director’s career took a major hit from the incidents, but his career has been on the upswing in recent years, including his 2016 Oscar-nominated World War II film, Hacksaw Ridge, and parts in films like Daddy’s Home 2 and others.