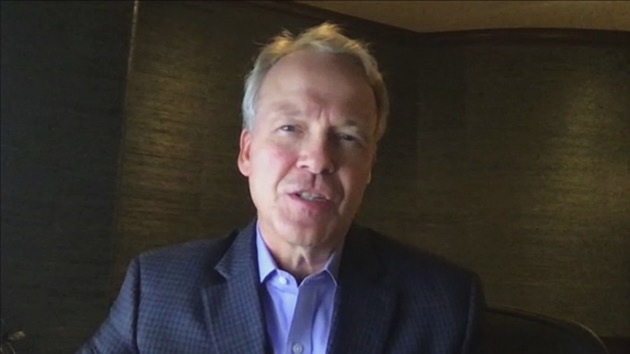 Dr. Marc Boom, president and CEO of Houston Methodist in Houston, talks about the surge in novel coronvirus hospitalizations that occurred in Texas on ABC’s “Good Morning America,” June 24, 2020. – (ABC News)By IVAN PEREIRA, ABC News(HOUSTON) — The head of one of Houston’s largest hospitals told Good Morning America that the rise of coronavirus cases in the city and state is due to people taking the outbreak lightly and urged people to take precautions.Dr. Marc Boom, the CEO of Houston Methodist, which has over 3,000 beds across eight medical centers including 907 beds at its flagship hospital, said his facilities are not at the tipping point but all hospitals in the city have seen cases triple over the last few weeks. Harris County, Texas, which includes Houston, has seen 8,324 new COVID-19 cases since the beginning of June, averaging about 362 new cases a day, according to data from the county health department.”I think what’s happened and watching it around our community people have completely let their guard down,” Boom told GMA.Boom said it’s been frustrating seeing people ignore medical professionals calls for social distancing, face coverings and other precautions over the last few weeks. Texas lifted its stay at home order on April 30.”Somewhere around Memorial Day people just sort of sighed a breath of relief and said, ‘Hey, I’m going to act like it’s summer. I’m going to act like this thing was never here,’ and we’re paying the price for that now,” he said.Houston’s rise in cases is part of the overall trend across the state. Texas has 120,370 confirmed cases and daily new case counts have risen over the last few weeks. On Tuesday, the state recorded a record number of new cases — 5,489 — according to the state’s health department.Boom said the increase in coronavirus patients hasn’t yet led to a peak in ICU beds at Houston Methodist’s facilities.”That’s encouraging,” he said.Gov. Greg Abbott said he is not considering a lockdown of the state but urged Texans to stay at home and wear face coverings if they go outside. The governor has previously declined calls from local leaders to make the face coverings mandatory.Boom said the state can avoid a lockdown if more people adhered to social distancing and wore face coverings.”Many are doing it, but clearly not enough and I think we can stop this,” he said. “I’m hopeful we can do that if everybody rallies around together and focuses on how to do those things together.” Copyright © 2020, ABC Audio. All rights reserved.