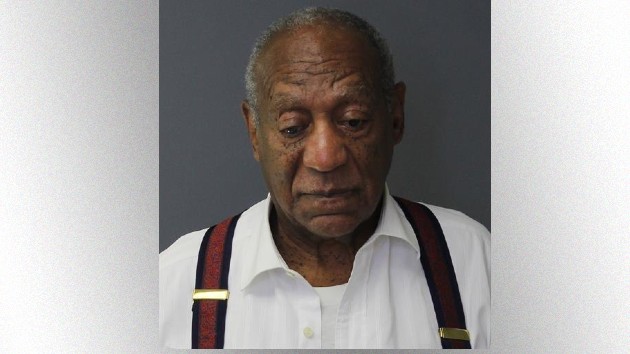 Photo by Montgomery County Correctional Facility via Getty Images(PENNSYLVANIA) — Nearly two years after Bill Cosby’s conviction for the 2004 rape of Andrea Constand, the Supreme Court of Pennsylvania on Tuesday agreed to review his appeal.

Pennsylvania’s Supreme Court will first decide on whether Cosby should have been charged in late 2015 for the sexual assault of the former Temple University employee because his then attorneys struck a secret deal with a previous D.A. to avoid criminal prosecution if he testified in a civil action, which he did That resulted in a settlement with Constand.

Cosby’s latest defense team will also try to convince the court that O’Neill was out of bounds allowing current Montgomery County DA Kevin Steele to have five other accusers, including ex-America’s Next Top Model judge Janice Dickinson, take the stand and tell their stories of being assaulted by the actor.  The defense seeks to have O’Neill’s decision, which allowed evidence to be presented to the jury that Cosby gave drugs like Quaaludes to women over the years, tossed.

In a statement obtained by Deadline, Cosby’s rep said he was “extremely thankful” to the court for hearing the appeal.

“As we have all stated, the false conviction of Bill Cosby is so much bigger than him — it’s about the destruction of ALL Black people and people of color in America,” added the rep.

Cosby’s wife, Camille Cosby told ABC News on Tuesday that she is “very, very pleased” with the court’s decision, but insisted that the #MeToo movement needs to “clean up their act” and that she doesn’t “care” how scores of women who have accused her husband of drugging and sexually abusing them feel.

Cosby, who was convicted in 2018 of three counts of aggravated indecent assault for drugging and molesting Constand in 2004, has maintained his innocence.  He is currently serving three to 10 years in prison.

Mother of a teacher who died from COVID-19 also dies from virus, family says
Prince William says coronavirus pandemic has been a chance to ‘refocus our priorities’
Presidential debate: Trump, Biden face off for first time ahead of November’s election
Microsoft outage was not part of ‘coordinated campaign,’ says cybersecurity agency
Trump and Biden to face off in 1st 2020 presidential debate
Democrats have few tools to slow Senate vote on Supreme Court nominee before Election Day