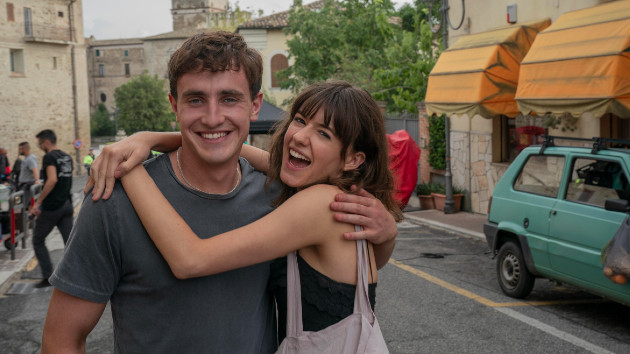 Enda Bowe/Hulu(DUBLIN) — If the ending of Normal People left you wanting more, you’re in luck.According to the U.K.’s The Independent, Paul Mescal and Daisy Edgar-Jones, who played star-crossed lovers Connell and Marianne in the Hulu drama, will be reuniting for a couple of comedic shorts for Ireland’s Comic Relief Friday.The shorts, directed by series helmer Lenny Abrahamson, will be titled Normal Older People and will pick up Connell and Marianne’s relationship 40 years into the future. No word yet on where you can watch these shorts in the U.S., but they’ll likely hit the internet in some form.There’s also good news for fans of Normal People author Sally Rooney. Her 2017 debut novel, Conversations with Friends, is being made into a Hulu series.  Hulu has ordered 12-episodes of the half-hour drama, in partnership with BBC Three. Abrahamson is on board to direct this as well. “After bringing that to life in Normal People to an overwhelmingly positive response, we are honored to do the same with Conversations with Friends,” Beatrice Springborn, Hulu’s VP of content, says in a statement.Conversations with Friends follows two Dublin college students as they become entangled with an older married couple.