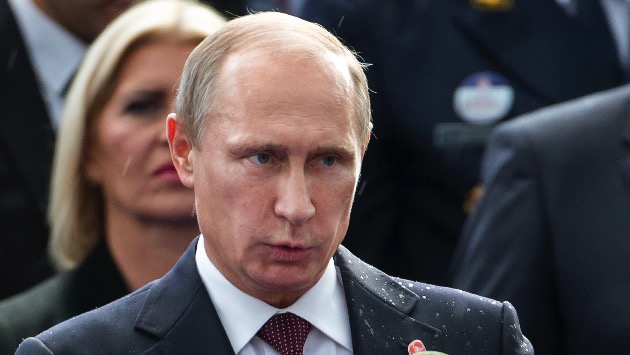 dicus63/iStockBy PATRICK REEVELL, ABC News(MOSCOW) — Russians have begun voting in a seven day-long referendum on changes to Russia’s constitution that will allow President Vladimir Putin to remain in power until 2036.In January, Putin proposed a series of sweeping changes to the constitution that would create a path for him to staying in office well beyond his current term limits. The key amendment “resets” the count on Putin’s presidential terms to zero, meaning he would be able to run again for president in 2024, even though the constitution still imposes a limit of two terms.Russia’s parliament has already approved the amendments, meaning the referendum is largely symbolic. But the Kremlin wants it to put a stamp of legitimacy on the changes.Critics have denounced the maneuvers as a constitutional coup that will allow Putin to remain in power effectively for life.The vote was originally planned for April 22, but the coronavirus pandemic forced the Kremlin to postpone it as Russia went into lockdown.Authorities have decided to hold the vote now, even though pandemic continues to grow in many parts of Russia. In an attempt to allow for social distancing, the vote has been stretched out over seven days and Russians can vote until July 1.Opposition-leaning Russians and some health workers have criticized holding the vote, calling it reckless and needlessly dangerous and warning it could lead to another surge in cases when Russian hospitals have either already been strained for months or overwhelmed with patients.Russia has recorded over 600,000 virus cases, the third largest epidemic in the world, behind only Brazil and the United States. It is continuing to register around 7,000 new cases a day and in many regions the curve of infections is still steeply climbing.Voting stations opened across Russia on Thursday and authorities have insisted sufficient measures have been taken to protect people. Most lockdown measures have been lifted in Moscow and in many other regions in the past few weeks ahead of the vote, although social distancing rules and bans on mass gatherings are supposed to still be in place.Most political observers expect the vote to produce the result Putin is looking for but it has nonetheless presented a challenge for the Kremlin, amid signs of muted enthusiasm for the vote among Russians and polling showing a dip in Putin’s popularity.A poll by Russia’s only independent polling agency, the Levada Center, in May showed Putin’s approval ratings among Russians had dropped to 59%, down from 63% a month earlier and the lowest since he first came to power. More worrying for the Kremlin is another poll by the Levada that showed “trust” in Putin had nearly halved in two years, dropping to 35% in January.Levada’s polling also suggests that Putin’s moves to extend his rule is highly controversial in Russian society, with people divided 50-50 on the subject.Because the referendum is intended to lend legitimacy to Putin’s moves to extend his rule, the Kremlin needs not only a big result but also a high turnout. Reports in Russian media have suggested Putin’s administration considers 55% the minimum required.The Kremlin has also included a number of other proposed amendments for Russians to vote on, designed to have conservative and nationalist appeal. Among them is to introduce reference to the special role of ethnic Russians in the country’s creation as well as a reference to “God.” Another amendment would also enshrine the concept of marriage as between a man and a woman, essentially placing a ban on same-sex marriage in the constitution.Other amendments would also insert a guarantee to index pensions to inflation and tie the minimum wage to a living wage, a move popular among many Russians.Authorities have also turned to other methods to grow turnout — those voting can be entered into lotteries offering the chance to win prizes, including cash and in some cities even apartments.There have also been widespread reports of pressure on public sector workers to vote, a traditional tactic in former Soviet states. Reuters and the Russian site Meduza have reported that state companies have also been given software that will allow them to track whether their employees have voted.The authorities have also gone to lengths to encourage people who might be deterred by the epidemic. People can summon election officials to their homes to take their votes; at polling stations voting booths are set up on the street. Russia’s chief election official at the start of the month said there would even be voting urns in ambulances for those being hospitalized.Putin on Thursday in a televised briefing told officials they must not allow any attempts to artificially increase turnout. The vote must be “absolutely trustworthy, legitimate,” Putin said.The anti-Kremlin opposition has been divided how to treat the vote, with some calling to vote against the amendments and others supporting a boycott.Russia’s most prominent opposition leader, Alexey Navalny, has told his supporters to boycott.“Voting on the amendments is illegal, pointless and dangerous for your health,” Navalny said before the vote.Copyright © 2020, ABC Audio. All rights reserved.