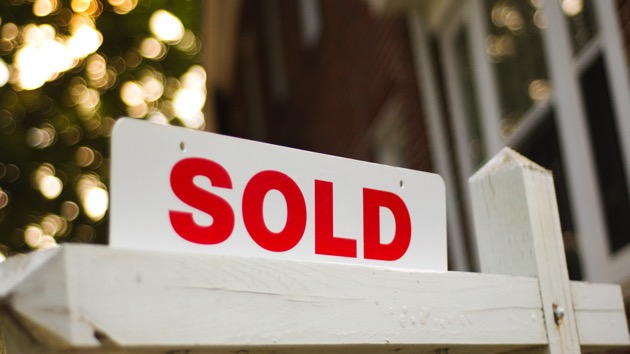 (NEW YORK) — A Black Broadway star is sharing his pride after purchasing a home built by slaves.”I wish I could’ve told my ancestors when they were breaking their backs in 1820 to build this house that 200 years later a free gay black man was going to own it and fill it with love and find a way to say their name even when 200 years later they still thought I would be ‘off the table,"” Robert Hartwell wrote on Instagram, alongside a photo of himself in front of the home. “We are building our own tables.”Hartwell is the founder of The Broadway Collective, a training program for young artists. His LinkedIn profile describes him as the “only African American CEO in the professional musical theatre education space in [New York City].”Hartwell wrote that he saw his new home less than a month ago online and reached out to the seller who told him it was a cash-only offer. The seller, according to Hartwell, then told him, “I’m sure that takes you off the table”.Hartwell told his Instagram followers, “Don’t you ever underestimate a hard working black man.””I saw the house last week and when I walked in I knew I was home,” he said. “The house was built in 1820 for the Russell family who owned the cotton mill in town. Slavery was still legal.””When the agent asked me why I wanted such a large house I said it was ‘a generational move,"” added Hartwell. “I know this house is bigger than me.”Hartwell ended his Instagram post by writing, “I’ve never been prouder to be a black man. Come to my White House any time. I can’t wait to have you! Glory to God in the highest. I’m a homeowner.”Hartwell’s emotional announcement came as the nation both celebrates Pride month and is facing a cultural reckoning amid protests against racism across the country.His post was met with comments congratulating his accomplishment.”CONGRATS!! The ancestors are dancing,” wrote one follower.”I cannot wait to see where this story goes!,” wrote another. “Right now it’s exactly the type of transition we need to get away from the darkness of the last and into the light of the future. Congratulations and thank you for taking this on.””This fills me with so much joy, tears in my eyes to read your words, to feel your pride. Love you, friend,” commented Hartwell’s fellow Broadway star Kelli O’Hara. Copyright © 2020, ABC Audio. All rights reserved.