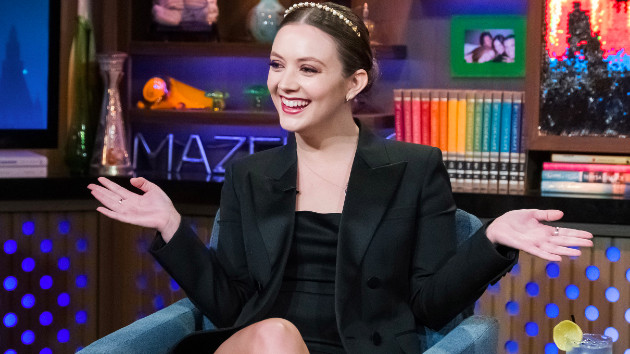 Charles Sykes/Bravo/NBCU Photo Bank/NBCUniversal via Getty Images(LOS ANGELES) — Congratulations are in order to Billie Lourd, the daughter of the late Carrie Fisher, who announced Thursday that she is engaged to actor Austen Rydell.

The 27-year-old excitedly announced her engagement on her private Twitter, writing “I said ‘DUH’!!! Can’t wait to spend forever with you Iloveyouiloveyouiloveyou.”

While she didn’t opt to post a photo of the ring, she uploaded an adorable photo of the beaming couple cuddling on the couch.

Rydell later posted, “She said YES!! (Actually she said ‘Duhhh’) But I guess that’s even better than yes?!?” he wrote alongside a series of photos of the couple.

Lourd and Rydell were first romantically linked in early 2016, but broke up shortly after.  Between then and early 2018, two remained an on-again-off-again couple until reconciling completely.