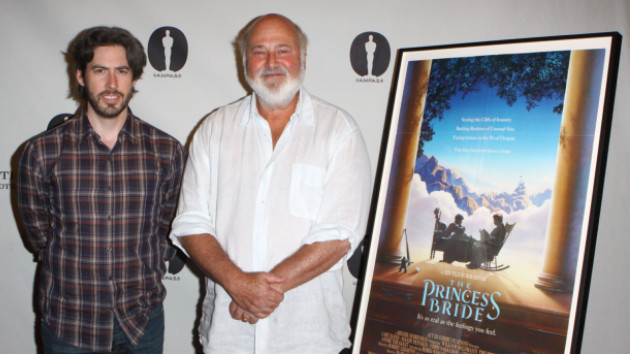 JC Olivera/WireImage (L-R: Jason Reitman, Rob Reiner)(LOS ANGELES) — If you’re a fan of The Princess Bride, Quibi has a quarantine treat for you.

Vanity Fair reports the streaming platform will be launching a DIY recreation of the classic 1987 film, starring a slew of celebrities taking on the roles of Wesley, Buttercup and more.

The homemade remake was put together by director Jason Reitman, who’s previously staged live reads of the film. It was shot entirely in quarantine and will air in chapters over the next two weeks, beginning Monday, June 29.

Additionally, The Princess Bride’s director, Rob Reiner, will also appear, as well as Fred Savage, who’ll make a cameo to reprise his role as the grandson in the film. The original film starred Cary Elwes and Robin Wright.

The project will benefit World Central Kitchen, which provides meals to those in need during the COVID-19 pandemic.

Here for the right reasons: ABC to co-host ‘The Bachelorette’ drive-in premiere
A grandpa’s note, a bucket of baseballs and an emotional tweet
Google pledges $1 billion over 3 years to pay news publishers for content
Founder of nonprofit arrested after 2 brothers, age 9 and 11, are struck by car and killed
Advocates push for police reform after summer of unrest
Total cost of 2020 election projected to reach record-smashing $11 billion