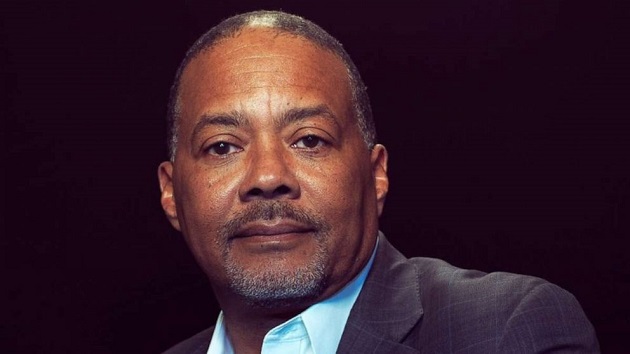 (NEW YORK) — If you live in a large, urban area, his company’s technology is likely implemented in your city. Ralph Clarke is the CEO of ShotSpotter, one of the most adopted police technologies in the country.Clarke, who is African American and hails from Oakland, California, is in the unique position of one who leads a company that creates tech for law enforcement and being someone who understands the protests and outcries of police brutality since the death of George Floyd.Deployed in over 100 U.S. cities and in South Africa, ShotSpotter is an acoustic surveillance technology that uses sensors to detect gun violence. Its classification algorithms filter out sounds that are not gunshots and analyzes them before pushing out alerts to police agencies.In 2015, the company partnered with the largest police force in the country, the New York City Police Department. Clarke speaks often on panels and seminars about policing and has former New York City and Boston Police Commissioner Bill Bratton on his company’s board.Despite leading the company for the last 10 years and working closely with law enforcement agencies, Clarke understands the Black community’s frustrations with the police. Clarke told ABC News the company has been having a lot of internal discussions, which he called “sometimes painful” since the social eruption after Floyd’s death. He shared his thoughts on racism and technology’s role as help or as a hindrance to weeding out racism in policing.On his reaction to George Floyd’s death:“I think, we’ve always seen these Eric Garner … Michael Brown … Tamir Rice situations, but now … some have been caught on film. This one … George Floyd is just really upsetting that it took place over eight minutes, I mean, eight minutes where the person is literally begging for their life calling out for their deceased mother. That’s when you know you’re dying. [Derek Chauvin] has his knee on [Floyd’s] neck with his hands in his pockets … it’s just so disturbing.”But I think one thing that’s really different here is … COVID-19 made the general population, the white population, feel a little bit more Black, and now they’re seeing this from a state of vulnerability because of COVID-19 and economic anxiety.”I spoke publicly about having a talk with my son. We have four kids, three girls, and our youngest is a boy. And he wanted to go TP somebody’s house with his friends — with Luke and Matthew — at his school. Ten years old. And we [said], ‘No, you can’t do it. And here’s why: because you guys might TP the wrong house and who knows if somebody comes out. They’re not going to see all your friends. They’re going to see you. You’re not going to be 10 years old. You’re going to be 14 years old, and God forbid that things escalate … we can’t take that risk."”On protests, Black Lives Matter and defunding the police:“This is not going away, because it almost has very broad support, where Black Lives Matter is picking up a lot of allies and just adding a lot of voices. And I know it’s making police uncomfortable.”I think there is a general discomfort around these calls for defunding the police, and maybe the discomfort is that there’s real power around their voices now, because of the strong amount of allies.”And I think, even though people are saying words like ‘defund the police,’ I interpret that … more like ‘we have to completely reform police in that as a community, we want to have more of a voice in how policing is done. We want to be able to help prioritize what you do, how you do it and how much you spend.’ And that can be really upsetting if you’re used to controlling things as a police department.”And now all of a sudden, you have this exterior force that is unpredictable, and people are justifiably upset. Protests … it’s uncomfortable, but I think the beneficial thing is that we can really now have some serious reform. Now you have people saying, ‘Hey, you know what, I’m not gonna negotiate with the [police] union. The unions are protecting these few bad seeds [and it] is super counterproductive."”On whether technology like ShotSpotter can help foster more equitable policing:”I was born and raised in Oakland, California. It’s really interesting how people react to shots being fired in maybe the more affluent parts of Oakland versus where I grew up in more at-risk, underserved communities.”I’ve always had a problem with the term ‘community policing’ because I’ve never heard ‘community policing’ apply to affluent neighborhoods or communities; it always applies to at-risk, underserved communities. And I’ve often said that communities don’t need to be policed, they need to be served — criminals need to be policed.”I think we [at ShotSpotter] always viewed there being a very large public safety gap for at-risk, underserved communities; they get tend to get over-policed and underserved. So we kind of try to lean in on a technology basis to say, ‘Hey, we have to rebalance that equation, and really enable police departments or law enforcement to kind of show up in service the way they should."”We actually got involved with New York City when Mayor de Blasio was elected. And one of the things he said he was going to do was eliminate … stop and frisk … a perfect example of over-policing and replace it with technologies and processes that would enable for more precision policing. Our technology is a piece of that.”[But] you just can’t throw technology at problems. You really have to think about what the endgame is and how you can use the technology.”Responses were shortened for clarity.Copyright © 2020, ABC Audio. All rights reserved.

Woman charged with attempted murder for driving through crowd of competing protesters
What America owes: How reparations would look and who would pay
Police veteran among 2 officers injured after violent incident at station
Dangerous fire conditions developing West with Santa Ana winds coming to California
Between the economy and coronavirus pandemic, Biden keeps his advantage nationally: POLL
Woman charged with felony in Breonna Taylor protest hit-and-run