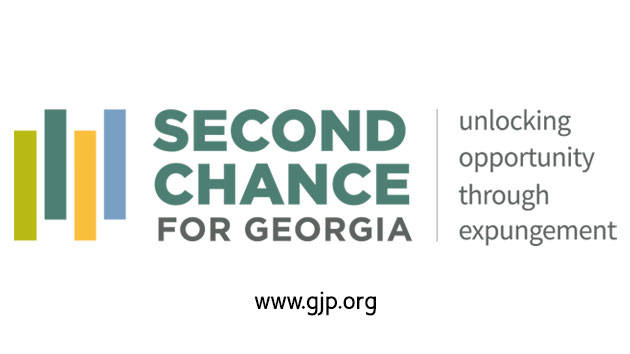 Georgia Justice ProjectBy Ivan Pereira, ABC NewsThey’ve done their time behind bars and been on good behavior since their release, but advocates say some of Georgia’s 4.2 million former felons are still shackled by their past deeds.While the state’s unemployment rate was around 3.4% before the pandemic, the unemployment rate for residents with criminal records was close to 15% during that time, according to Douglas Ammar, the executive director of the nonprofit group the Georgia Justice Project.”We’ve run into this issue all of the time and it’s affecting whole communities,” Ammar told ABC News in February. “Everyone in Georgia knows someone who was incarcerated and is struggling to find housing or a job.”Some of those Georgians are going to get a reprieve after state leaders unanimously approved a bill last week that would allow former non-violent felons the right to expunge their record following good behavior. The “Second Chance” bill gained momentum during this session as prosecutors, elected officials and companies pushed for the change.Under Georgia’s current law, arrests that don’t lead to convictions and misdemeanor convictions for minors are the only crimes that can be expunged. The Second Chance bill allows former prisoners who committed non-violent crimes to send a request to a judge seeking to expunge their record after a certain number of years of good behavior.People who were convicted of misdemeanors would have to wait at least three years after their release to request the judge to expunge their records, while those who were convicted of felonies would have to wait at least five years, according to the bill.The legislation exempts several criminal charges including sex crimes, murder and kidnapping, and it allows judges to consider several factors, including victim objections, before deciding on expungement.Rep. Mandi Ballinger first introduced the legislation in the Georgia House of Representatives last year and re-introduced it in February with the support of various district attorney offices, prison reform advocates and other groups.Ballinger said she personally doesn’t know anyone close to her that has a criminal record. Because 40% of the state’s population has had a misdemeanor or felony conviction — a rate that’s among the highest in the nation — everyone is feeling the effects.”I’ve heard from many people who say it’s happening to their brother or it’s happening to their father or it’s happening to their wife,” Ballinger told ABC News in February. “Having a criminal conviction means you made a mistake. It shouldn’t prohibit you from getting gainful employment.”The Georgia Budget Policy Institute found that formerly incarcerated residents lost on average $36,000 in wages last year, which amounted to about $2.6 billion in wasted spending power. Forty states have a criminal record expungement program, including North Carolina and Arkansas, according to the Georgia Justice Project.Georgia’s state senate passed the bill in March but its vote in the assembly was tabled because of coronavirus. During that hiatus, advocates and businesses, such as Coca-Cola and Home Depot, pushed state leaders to pass the bill.”We’ve brought together legislators, partner organizations, employers and directly affected people across the state to make this effort a reality,” Ammar said in a statement Monday.Ballinger, a Republican, said her colleagues on the other side of the aisle have expressed support for the measure.”We all like the goal of the bill, which is to get people back on their feet,” she said.Representatives for Georgia Gov. Brian Kemp didn’t immediately comment about the bill’s passage.