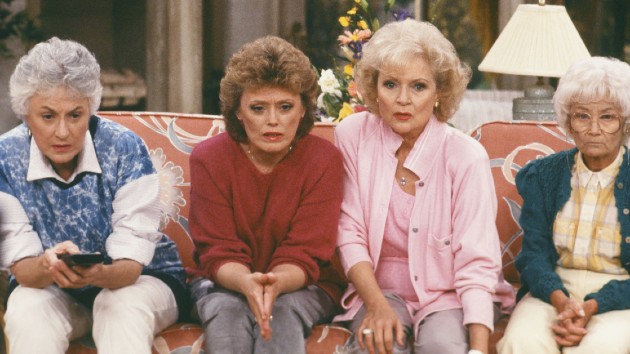 NBC/NBCU Photo Bank(LOS ANGELES) — As streaming services continue to pull episodes for containing racially insensitive content, Hulu has removed an episode of Golden Girls from its streaming catalogue over a scene that could be misconstrued as blackface.

Deadline reports that the episode in question was episode 23 in season three, titled “Mixed Blessings” that aired in 1988.  It’s about Scott Jacoby’s character, Michael, planning to marry a Black woman named Lorraine, who is much older than him.

Lorraine, who is played by Rosalind Cash, is at odds with her family who oppose the interracial relationship.  Meanwhile, on Michael’s side, his family doesn’t approve of the age difference — which causes the families to work together in hopes of stopping the union.

The episode also contained a scene where Betty White and Rue McClanahan try out mud face masks.  When Lorraine’s family walks in on their beauty treatment, White’s character Rose assures, “This is mud on our faces, we’re not really Black.”

This isn’t the only controversial blackface episode that Hulu has removed from its catalogue.  Last week, the streamer announced that three episodes of Scrubs would no longer be available for depicting the racist stereotype.  Also, in conjunction with Netflix, the Community episode “Advanced Dungeons & Dragons” was pulled from both services for showing actor Ken Jeong purposefully darkening his skin.

This is the latest in a string of episode removals across multiple streaming platforms.

Blackface is a trope where a non-Black person purposefully darkens their skin, often with theatrical makeup, to satirize a character of African American descent.  The Black community has pushed against the trope for years, calling it racist and harmful.