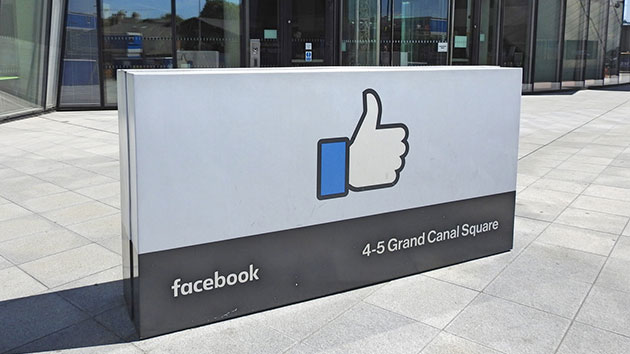 Derick Hudson / iStockBy Catherine Thorbecke, ABC NewsStarbucks, Coca-Cola and Levi’s have become the latest big brands to publicly join a growing Facebook ad boycott at the urging of the NAACP and other civil rights organizations.The call for a pause on Facebook ads began on June 17, when a coalition of advocacy groups lead by the NAACP, Colors of Change and the Anti-Defamation League (ADL) launched the #StopHateforProfit campaign, calling on corporations to pause advertising on Facebook during the month of July.In a statement, the groups slammed Facebook for “allowing racist, violent and verifiably false content to run rampant on its platform.”The campaign comes as the nation has been rocked by protests over the death of George Floyd in police custody, and corporate America has faced immense pressure to reaffirm commitment to racial justice initiatives through actions and not just words.Facebook made nearly $70 billion in advertising revenue alone last year, according to financial disclosures.In a matter of weeks, the boycott has grown from a handful of stores to include multinational conglomerate Unilever, telecom giant Verizon and others.Facebook CEO Mark Zuckerberg responded — after Unilever’s announcement sent the company’s stock falling by more than 8% on Friday — with a series of updates including banning ads that claim people from a specific race are a threat to the safety of others, labeling “newsworthy” posts such as speeches from politicians and more.Organizers of the ad boycott on Monday, however, slammed the updates and policy changes as “insufficient.””Businesses did something incredible last week: they got Facebook’s attention,” the Stop Hate for Profit Coalition wrote in an update on their website Monday. “Many businesses told us how they had been ignored when asking Facebook for changes. The nonprofit partners in the Stop Hate for Profit coalition felt the same way.””But, together, we finally got Facebook’s attention. Facebook representatives have been calling advertisers. Mark Zuckerberg held a town hall on Friday,” the statement added. “The company sent out a note to some of their top advertisers Friday night with some updates.””Unfortunately, the sum total of these exercises reveal that Facebook has been spending more time on their messaging rather than addressing the underlying problems on the platform,” the group said.Specifically, the organizers say that Facebook applying its hate policy to ads does not go far enough to combat hate in groups and posts and raised concerns that posts from someone “newsworthy” that call for violence “will be labeled — but they will still be allowed despite the clear harm that they may pose.”Zuckerberg said Friday in a lengthy Facebook post, however, that the company is committed to removing content that “incites violence” or surpasses voting, “no matter where it comes from.”A Facebook spokesperson also responded to the allegations in a statement Monday, noting that the company finds a vast majority of hate speech before it is even reported.”We invest billions of dollars each year to keep our community safe and continuously work with outside experts to review and update our policies. We’ve opened ourselves up to a civil rights audit, and we have banned 250 white supremacist organizations from Facebook and Instagram,” a Facebook company spokesperson told ABC News in an emailed statement.The statement added that investments the company made in AI allows it to find nearly 90% of hate speech and take action before users report it, noting that a EU report “found Facebook assessed more hate speech reports in 24 hours than Twitter and YouTube.””We know we have more work to do, and we’ll continue to work with civil rights groups, GARM [Global Alliance for Responsible Media], and other experts to develop even more tools, technology and policies to continue this fight,” the spokesperson said.Copyright © 2020, ABC Audio. All rights reserved.