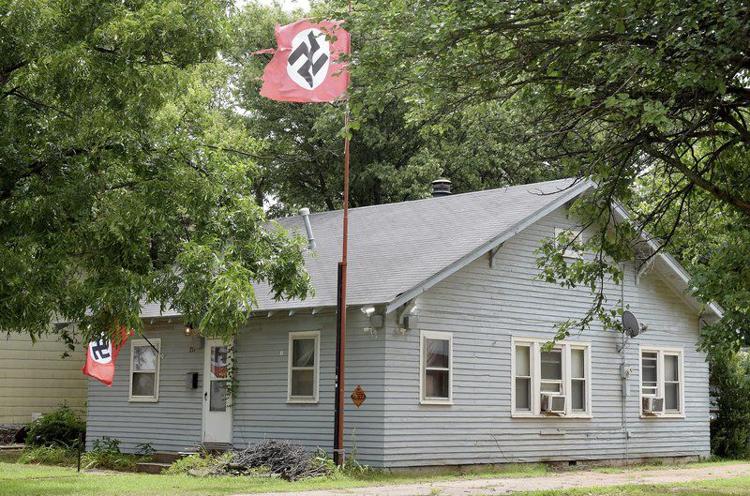 (Hunter, OK) A 44-year-old Hunter man is in custody, and a a 24-year-old woman is in critical condition after a shooting on Sunday morning. Garfield County Sheriff Jody Helm said deputies responded to a call of shots fired in Hunter where a woman had been shot three times. Alexander John Feaster was arrested just after 3 am for shooting with intent to kill, and assault and battery with a dangerous weapon. He is currently being held without bond.

The woman was transported to OU Medical Center in Oklahoma City where she underwent immediate surgery, She is listed in critical condition.

According to reports, a party across the street from Feaster’s residence on E. Cherokee saw the young lady try to steal one of the Nazi flags adorned around his home on a dare. After attempting to take one of the flags, she was shot by Feaster. Sheriff’s deputies were able to arrest Feaster without incident.

The Garfield County Sheriff’s Office has announced that the Oklahoma State Bureau of Investigation has been contacted and will be assisting in the matter.