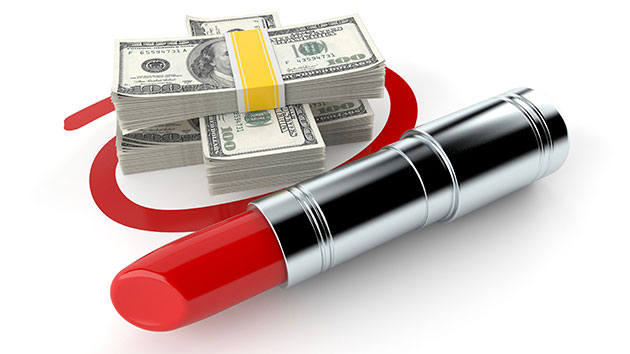 (NEW YORK) — There could possibly be a new billionaire in town and her name is Kim Kardashian West.On Monday, it was announced that the multi-hyphenate mogul has sold 20% of her beauty brands to Coty for $200 million.”We are thrilled to welcome one of the most influential beauty icons to the Coty family: @kimkardashian West,” Coty Inc. captioned a photo announcing the new deal. “With Kim’s influence and our deep expertise in prestige beauty we will build a beauty powerhouse and enter new beauty categories together.””Partnering with an established organization like Coty will be instrumental in the advancement of my brands as their global reach allows for faster expansion so people around the world are able to experience new launches first hand,” said Kardashian West in a statement. “This relationship will allow me to focus on the creative elements that I’m so passionate about while benefiting from the incredible resources of Coty, and launching my products around the world.”Husband Kanye West announced his wife’s achievement on Twitter in a picture depicting an arrangement of fruits and flowers, a green pepper and a pink rose, soaking in the sun.”I am so proud of my beautiful wife Kim Kardashian West for officially becoming a billionaire,” he praised in an enthusiastic tribute. “You’ve weathered the craziest storms and now God is shining on you and our family.””So blessed this is still life,” the 43-year-old continued. “So I made you this still life.”He ended his tribute honoring his wife of six years with “We love you so much.”Forbes Magazine claims that the sale officially pushed the beauty mogul to a net worth totaling $900 million and has increased the value in her company at over a billion dollars.Kardashian West will retain majority ownership of KKW Beauty at 72&. As to what her ongoing responsibilities will be, Coty stated that she will be “responsible for creative efforts while Coty will focus on expanding product development outside the realm of color cosmetics.”In 2019, her sister, Kylie Jenner, also sold a 51% stake of her beauty brands to Coty as well.It also should be noted that Forbes classifies her husband as a billionaire due to his Yeezy clothing empire, valuing his company’s net worth at $1.3 billion.Last week, the “Closed on Sunday” rapper revealed a new partnership with Gap to launch a Yeezy line of apparel slated to release in 2021.The couple share four children together, seven-year-old North, four-year-old Saint, two-year-old Chicago and Psalm, 13 months.