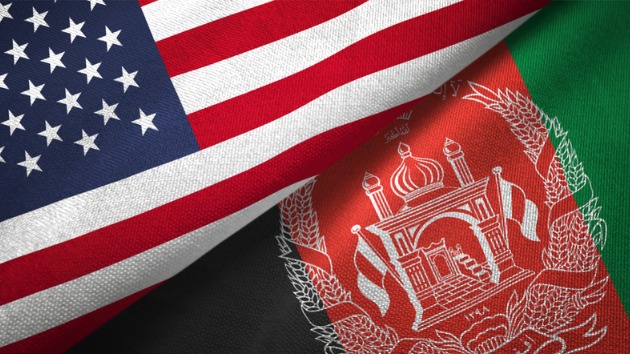 Oleksii Liskonih/iStockBy CONOR FINNEGAN, ABC NEWS(WASHINGTON) — Amid reports that a Russian paramilitary unit offered the Taliban bounties to kill U.S. troops in Afghanistan, the Trump administration is pushing ahead with its peace process to end America’s longest war and withdraw U.S. forces.Four months after the U.S. and the Taliban signed a deal, that process has been stuck. Instead of sitting for negotiations designed as the next step of that deal, the militants and the Afghan government have been fighting at heightened levels of violence.Secretary of State Mike Pompeo spoke to Taliban leadership in Qatar late Monday, seeking to push talks forward and urging them to “not (attack) Americans,” according to his spokesperson.The Taliban said in their own readout of the video teleconference meeting that Pompeo applauded the insurgents for not attacking cities and large military bases, just hours after an Afghan government spokesperson said the militants have on average killed or wounded 24 civilians every day since the end of February.The deal, signed by President Donald Trump’s chief negotiator Zalmay Khalilzad and Taliban co-founder Abdul Ghani Baradar on Feb. 29, lays out a timeline for U.S. withdrawal in exchange for Taliban commitments to prevent terror groups from using Afghanistan to attack the U.S. and to sit with an Afghan national delegation for peace talks on March 10.Nearly four months later, those negotiations have not even started, slowed by deadly new levels of violence and delayed releases of prisoners by both sides. Some critics have blamed the issues over prisoners on the U.S., after its deal with the Taliban said the government would release up to 5,000 Taliban fighters while an agreement with the Afghan government made no explicit commitment.But this week, the administration is pushing to get things back on track. Khalilzad will meet with Taliban leaders from their political office in Doha, Qatar later this week, and ahead of that, Pompeo spoke to them via video teleconference late Monday.Pompeo “made clear the expectation for the Taliban to live up to their commitments, which include not attacking Americans,” his spokesperson said in a readout Tuesday.The comment comes amid an uproar over reported U.S. intelligence that Russia’s military intelligence agency offered the Taliban payments to kill American troops in Afghanistan.In a readout Tuesday of the Pompeo meeting, the Taliban made no mention of attacking U.S. troops or any bounty, but their spokesperson said Baradar reiterated their commitment that “the land of Afghanistan” not be used “against the security of America or any other country.”The Taliban have previously denied the reports of receiving or being offered Russian bounties, telling the New York Times they attacked Americans “on our own resources,” but have stopped in recent months because of the U.S. deal.The group’s spokesperson Suhail Shaheen also called for all sides to further reduce fighting, saying Pompeo praised them for avoiding large-scale attacks.That wasn’t referenced in Pompeo’s readout, but the State Department called on Sunday for “all Afghans to meet their remaining commitments,” including reducing violence.Taliban fighters have carried out an average of 44 attacks and killed or wounded 24 civilians everyday since the end of February, according to Afghan National Security Council spokesperson Javid Faisal.Despite the slow drip of prisoner releases, the two sides have now come close to the totals laid out in the U.S.-Taliban deal — approximately 4,000 Taliban fighters released by the government out of 5,000, and over 700 detainees released by the Taliban out of 1,000.That’s given some hope that negotiations could begin shortly. Shaheen said Tuesday the Taliban had released an additional 20 government soldiers or policemen and was still committed to starting “intra-Afghan” negotiations.While those negotiations have yet to even start, the Taliban urged Pompeo to continue U.S. military withdrawals from Afghanistan. Under the deal, the U.S. immediately began drawing down its troops from 13,000 to 8,600, and any reduction below that is supposed to be conditions-based.The commander overseeing U.S. forces in Afghanistan — U.S. Central Command’s Gen. Frank McKenzie — said earlier this month that the conditions have not been met at this time. But Trump may be moving to push ahead with further reductions before the November elections.”After 19 years, it is time for them to police their own Country. Bring our soldiers back home but closely watch what is going on and strike with a thunder like never before, if necessary!” Trump tweeted at the end of May, with CNN reporting Saturday an additional 4,000 troops could come home this fall.Copyright © 2020, ABC Audio. All rights reserved.

CAREN Act proposed to criminalize discriminatory 911 calls in San Francisco
Florida State University faces backlash for memo saying it will ‘no longer allow employees’ to care for kids while working remotely
Trump declares US in ‘culture war,’ calls flying Confederate flag ‘freedom of speech’
Trump threatens to ‘cut off funding’ for schools that don’t reopen amid pandemic
‘Game changer’: A shot every 2 months works better than a daily pill to prevent HIV, study says
It was nice to finally play a nice guy in ‘The Short History of the Long Road’, says Steven Ogg