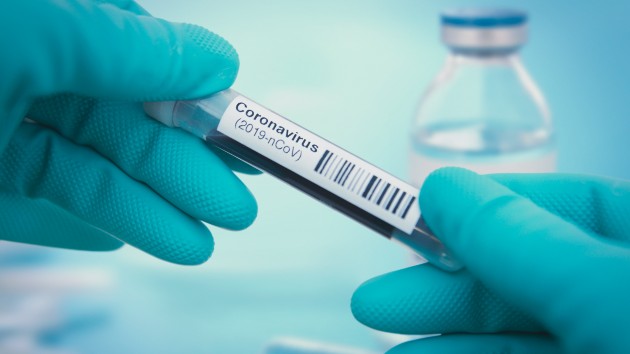 narvikk/iStockBy MORGAN WINSOR, ABC News(NEW YORK) — A pandemic of the novel coronavirus has now killed more than 511,000 people worldwide.Over 10.4 million people across the globe have been diagnosed with COVID-19, the disease caused by the new respiratory virus, according to data compiled by the Center for Systems Science and Engineering at Johns Hopkins University. The actual numbers are believed to be much higher due to testing shortages, many unreported cases and suspicions that some governments are hiding the scope of their nations’ outbreaks.Since the first cases were detected in China in December, the United States has become the worst-affected country, with more than 2.6 million diagnosed cases and at least 127,425 deaths. Here’s how the news is developing Wednesday. All times Eastern:

6:02 a.m.: Tokyo Disneyland reopens for first time in four monthsTokyo Disneyland reopened Wednesday after being closed for four months due to the coronavirus pandemic.The 115-acre theme park in Urayasu, near Tokyo, has undertaken a new set of policies and safety measures to protect against COVID-19, such as temperature screenings and the mandatory use of face masks.Tickets to the park must be purchased online in advance. A limited number of guests will be allowed at a time in attractions, shops, restaurants and other facilities. Disney characters must maintain social distancing while greeting guests. Meanwhile, the park’s signature shows and parades remain suspended to avoid the formation of crowds, according to information posted on the Tokyo Disneyland website.Tokyo DisneySea also reopened in Urayasu on Wednesday. Both parks suspended operations on Feb. 29 due to coronavirus concerns.Tokyo, which has reported the highest number of COVID-19 cases in the country, permitted the area’s amusement parks to reopen in mid-June, after the Japanese government completely lifted the nationwide state of emergency in late May.The Walt Disney Company is the parent company of ABC News.

5:35 a.m.: US reports nearly 44,800 new cases in one dayNearly 44,800 new cases of COVID-19 were identified in the United States on Tuesday, according to a count kept by Johns Hopkins University.The latest daily caseload is just under the country’s record high of more than 45,000 new cases identified last Friday.The national total currently stands at 2,636,538 diagnosed cases with at least 127,425 deaths.The cases include people from all 50 U.S. states, Washington, D.C., and other U.S. territories as well as repatriated citizens.By May 20, all states had begun lifting stay-at-home orders and other restrictions put in place to curb the spread of the novel coronavirus. The day-to-day increase in cases then hovered around 20,000 for a couple of weeks before shooting back up to over 30,000 and then crossing 40,000 last week.Nearly half of all 50 states have seen a rise in infections in recent weeks, with some — such as Florida, South Carolina and Georgia — reporting daily records.

3:38 a.m.: Europe reopens borders but US travelers remain barredThe European Union began opening its external borders on Wednesday, but travelers from the United States aren’t among those allowed to visit.EU ambassadors have agreed on lifting travel restrictions for 15 countries based on the epidemiological situation and containment measures, including Australia, Canada, South Korea and Tunisia. China was also included on the list but with a caveat — the country must reciprocate by allowing EU travelers to visit.Countries where coronavirus infections are on the rise were excluded from the list, noticeably the United States, Russia and Brazil.The criteria requires that the number of new COVID-19 cases over the last 14 days per 100,000 people is similar or below that of the EU’s. According to The New York Times, the average among the 27 countries within the EU was 16 in mid-June; in the United States, it was 107.The EU said countries must also have a “stable or decreasing trend of new cases over this period in comparison to the previous 14 days.” The bloc will consider the reliability of each nation’s data as well as what measures have been taken in response to their outbreaks, including contact tracing and testing. Reciprocity will also be taken into account.U.S. President Donald Trump suspended travelers from most European countries in March. Copyright © 2020, ABC Audio. All rights reserved.

After brain-eating amoeba found in county’s water supply, advisory lifted in all but 1 area
More Black ‘firsts’ emerge amid nation’s racial reckoning but pressure must continue, some say
Only 10% of US adults may have COVID-19 antibodies: Study
Coronavirus live updates: Florida tops 14,000 deaths as restaurants reopen
Berkeley set to become first US city to ban junk food in grocery store checkout aisles
Justice Ruth Bader Ginsburg honored at US Capitol