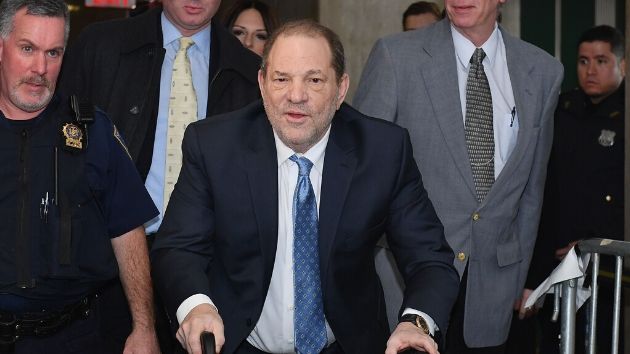 ANGELA WEISS/AFP via Getty Images(LOS ANGELES) — A group of women who accused Harvey Weinstein of sexual misconduct announced Tuesday that they have reached an $18.8 million settlement as part of a class-action lawsuit.

The payments, pending approval by the bankruptcy and district courts, will resolve two separate lawsuits: one against Weinstein, Bob Weinstein and The Weinstein Company, filed in February of 2018 by the office of the New York Attorney General, and a separate November 2017 class action lawsuit brought on behalf of the group of women who were sexually harassed and assaulted by the disgraced movie mogul.

The agreement ensures that women who experienced a hostile work environment, sexual harassment, and gender-based discrimination while working at The Weinstein Company, as well as sexual abuse by Weinstein, are entitled to obtain restitution, by creating a $18,875,000 victims’ compensation fund.

As part of the agreement, the AG’s office has also ensured that women who had previously signed confidentiality, non-disclosure, or non-disparagement agreements with TWC or any of the former representatives of the company related to any sexual misconduct by Weinstein, will be released from those clauses and free to tell their stories without fear of retribution.

Weinstein is currently serving a 23-year sentence in a New York prison for the sexual assault of Miriam Haley, a former Project Runway production assistant, and rape in the third degree of former actress, Jessica Mann.

Weinstein is awaiting trial in Los Angeles, where he additionally faces up to 32 years in prison for five charges.

Pantone launches new shade of red in hopes of ending menstruation stigma
Suspect arrested in ambush shooting of two LA sheriff’s deputies
South Dakota seeing surge in COVID-19 transmission as cases rise in Midwest
Steelers-Titans game pushed back to later in season due to more COVID-19 cases
Donald Glover reveals he secretly welcomed a son while in quarantine
Behind in Wisconsin, Trump plans to visit battleground amid COVID-19 surge