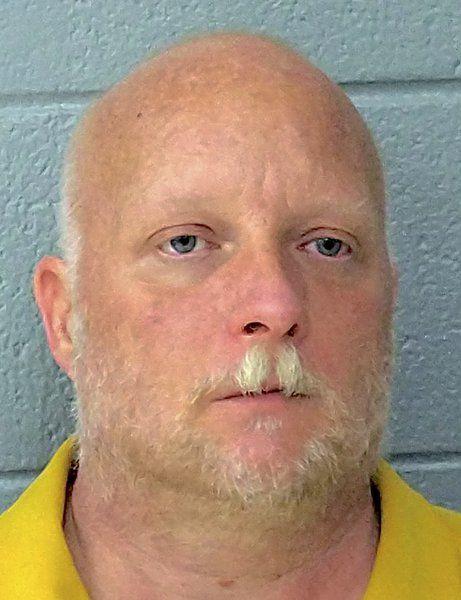 (Hunter, OK) 44-year-old Alexander John Feaster has been arrested and charged with a felony count of assault and battery with a deadly weapon. Feaster will face life in prison after his involvement in the shooting of a 26-year-old Enid woman on Sunday morning. Case documents show his actions were “without justifiable or excusable cause.”

Feaster was taken in to custody without incident after the unidentified woman tried to steal one of the Swastika flags from his property. She was shot three times in retaliation. Feaster’s home, located at 217 E Cherokee in Hunter, has several of the Nazi flags as well as surveillance cameras surrounding the home. According to the affidavit, deputies arrived at the scene at 3:10 am where the woman was lying in a ditch in front of Feaster’s residence. Deputy Marshall Woodson sated when he arrived, a man with the group tending to the girl had a pistol pointed at Feaster’s residence where Feaster was walking around inside. After asking the unknown man to lower his weapon, Woodson ordered Feaster to exit his home where deputy Travis Snowden placed him under arrest.

Woodson reviewed some of the security footage from cameras outside, after obtaining a warrant at 7:30 am according to the affidavit. At 2:54 a.m. he could see the woman run up to the residence, pull the Nazi flag down and ran back across the street with it. The video also showed Feaster leave the house with a large AR platform rifle on a sling and, without warning, open fire on the woman as she was running away.

Woodson noted it appeared on the video footage Feaster fired seven to eight shots “very rapidly.” Woodson wrote, “It is important to note that … did not appear to be in any way a threat to Feaster due to her obviously running away from his residence with only a flag in her hand.”